About Us
UVC Robot

The UVD Disinfection Robot is designed for indoor virus prevention. It is equipped with cutting-edge technology including UV-C sterilization lamps and an autonomous navigation system. It's currently used to fight against Coronavirus (COVID-19). 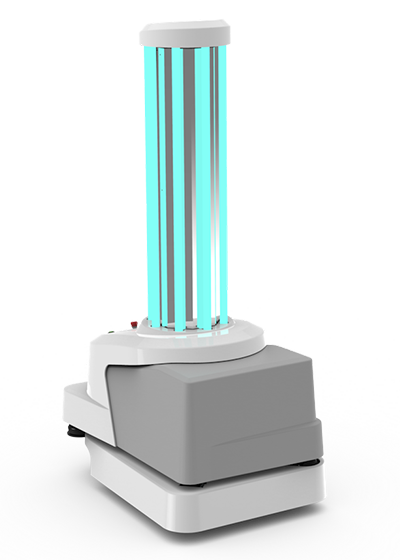 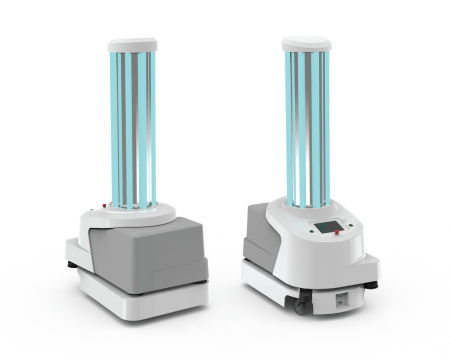 What is UVD Robot?

UVD Robot is an indoor intelligent and autonomous robot designed for indoor virus prevention. It is equipped with cutting-edge technology that allows it to navigate autonomously and produce short-wave UVC light to disinfect large areas. Already used by many organizations, UVD is one of the best robotic solution to fight against the current threat of COVID-19. 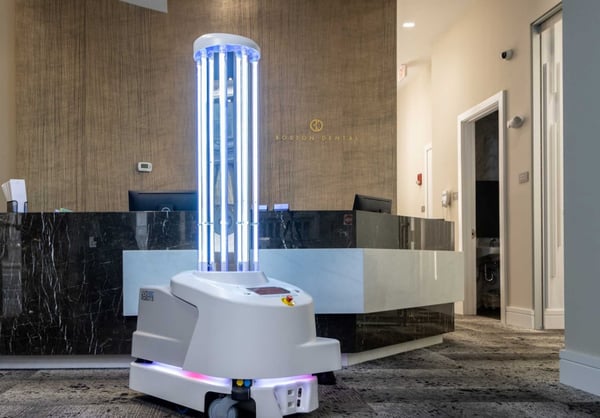 UVD Robot disinfects small and large areas simply by driving by. Depending on the exposure time, the UVD Robot can kill up to 99,99% of pathogens such as MRSA, C. dif, and CPR/CRA. It disinfects all environments that are potentially harboring dangerous microorganisms.

The UV-C light is highly effective against most types of bacteria and viruses, and when used correctly, can be also gentle to surfaces.

Unlike other systems that consists in UVC lamps put on a trolley or wheeled cart that need to be positioned manually, UVD is a fully autonomous robot that is smart enough to navigate auton0mously and avoid obstacles when needed. After a disinfection task is complete, UVD will automatically return to the charging station.

The Germicidal characteristics of UV-C light at close range are well known. However, the laws of physics create obstacles that challenge the feasibility of using UV-C light as a disinfectant in larger areas: Shadow & Distance.

The unavoidable challenges of using UV-C disinfection governed by the laws of physics create the necessity for repositioning a manual UV-C device multiple times.

Only with the autonomous UVD Robot  you can be sure to have irradiated sufficient UV-C amounts on to all surfaces within a given area.

Benefits of continuous UVC light disinfection vs. other methods:

The robots sensors will detect if someone enters a room under a disinfection, and immediately stop the disinfection.

The safety system will be triggered if the operator drives the robot manually too close to a wall, person, or other object above 6 inches (15 cm). If this occurs, the robot’s front and rear sensors will trigger the robot to stop before hitting the object.

The robot is powered by 4 Li-MNC batteries that gives you the power to disinfect larger areas such as airports, supermarkets, conference rooms and several patient rooms. UVD can disinfect up to 200,000sqft in one cycle, or the equivalent of 15 medium-sized rooms in 2.5 hours.

It comes with a docking station, which the UVD Robot finds by it self, when it needs recharging. To make sure that it is fully charged and ready for its next disinfection, time saving as it requires no involvement from the operator.