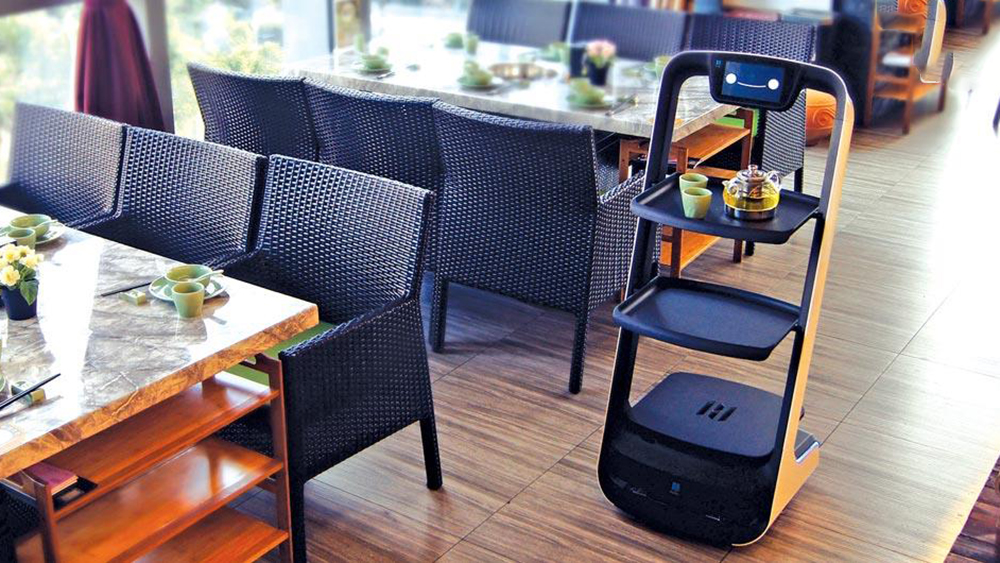 Photo by Kindel Media from Pexels

Increases in technology have totally changed the manufacturing industry by making the process more efficient, but automation has never been successfully implemented in the foodservice industry on a widespread scale. Nevertheless, many big-name companies are now working to develop technology to automate many tasks in the foodservice industry, which has large implications for business owners and employees, especially those in the fast-food industry. Keep reading to learn how new automation trends could possibly affect the restaurant industry, how they're currently being implemented, and specific ways that robots could be used in your establishment.

The Benefit of Automation in Restaurants

If you follow foodservice news, there are countless news stories coming out about restaurants and fast food chains implementing automation and robotics. While it comes up in the news a lot, automation and robotics in food service is still relatively new and cutting-edge, so why are so many businesses so interested in investing in expensive and unproven technologies?

One of the main reasons is rising labor costs, especially as many states have raised the minimum wage. While developing new robots for the foodservice industry is expensive, the technology can pay for itself quickly once it is perfected. Not only do robots replace human workers, thus reducing your labor costs, but they also can work 24/7 without breaks, increasing the time that your business can stay open.

Here are a few other benefits of automation in restaurants:

While automation has the possibility to totally revolutionize the foodservice industry, at this point, the technology is only capable of performing low-skill and repeatable tasks that are commonly found in fast-food establishments.

And while automation in restaurants may seem like a distant goal, there are already many businesses that have implemented that technology and are operating and cooking food with robots. One of the best real-life examples of robots that have been implemented in a food service setting is pizza-making robots that are being used by Zume Pizza and Little Caesar's.

Zume Pizza is a pizza chain headquartered in Mountain View, California that has successfully added robotic workers to their business. Zume's pizza-making robots roll out their pizza dough, add sauce, and then transport the assembled pizza into the oven and remove it once it's finished cooking. But, there are limitations to Zume Pizza's robots, and they still need workers to add toppings to the pizza, slice it, and package it for delivery.

In addition to Zume Pizza, there are other pizza chains that are trying to get into the pizza-making robot game. For example, Little Caesar's was issued a patent early in 2018 for a pizza-making robot that they continue to develop before adding it to their stores.

How Restaurants Could Be Automated

With kiosks in the front-of-house, food assembly machines in the back-of-house, and self-driving vehicles delivering food, the possibilities for using robots and automation in the foodservice industry are nearly limitless. But, rather than list all of the possible things that we wish could be automated, we created a list of foodservice industry processes you could expect to see automated in the next few years.

Automation in the front-of-house areas will probably have less to do with installing robots that can handle simple tasks and more to do with replacing cashiers and servers with self-service kiosks. Several large chains, like Wendy's, McDonald's, Panera Bread, and Shake Shack, are already beginning to test self-service kiosks in their restaurants. While this is still in the testing phase, it could soon become a feature in every store if it's successful.

Also, front-of-house automation isn't limited solely to fast food establishments, and several prominent sit-down restaurant chains have added automation to their front-of-house areas. For example, many Red Robin franchises have tablets on each table that customers can use to order drinks, appetizers, or desserts, which frees up their servers to handle other tasks.

Robots in restaurants excel at completing simple, repetitive tasks, which makes them perfect for use in back-of-house areas of food service establishments. And while this may seem like science fiction, there are several cases of restaurants that have already implemented robotic cooks in their kitchens. One example of a robot that is currently completing low-skill and repeatable tasks is the machine at Zume Pizza that rolls out the dough or adds the sauce to the pizza. There are other examples of restaurants that are using robots in kitchens, such as Spyce, a restaurant based in Boston. Spyce uses multiple robots in their back-of-house to retrieve food from the refrigerator, prep it, cook it and even plate and garnish it before it's ready to serve.

Another famous example of robots being implemented in the kitchen is Flippy, the robot that flips burgers at Caliburger, a fast-food chain in California. While Flippy was a novelty that brought in curious customers, the robot was temporarily taken offline because it couldn't keep up with demand or outperform a human chef. In many other cases, while robots can complete some food service tasks, they haven't reached the point where they are more efficient than trained chefs or human staff.

One other potential issue with robots in the back-of-house, though, is that they aren't able to identify errors and troubleshoot if necessary. For example, a robot wouldn't be able to identify products with blemishes or if the food was getting burnt like a human would.

With advances in technology surrounding driverless cars and drone delivery, there is a lot of opportunities for the foodservice industry to update their delivery systems. Additionally, delivery is growing in popularity, especially with the proliferation of ghost restaurants and delivery-only food service businesses. Just like with robots in the front- and back-of-house, there are businesses that are already testing and seeing how driverless delivery systems might work.

For example, one startup, Starship Technologies, is testing robots in Washington DC, that can deliver food from your restaurant directly to your customers' house. Their robots have an insulated interior where you place your food, and then they use GPS and cameras to navigate the sidewalks from the restaurant to your customers' location, and these robots are smart enough to recognize street signs, crosswalks, traffic lights, and even other pedestrians. Once the robot arrives, it is unlocked with a phone app and customers can then retrieve their food.

While this technology is cool and very high-tech, it currently only works in a hyperlocal area because the robot can only travel 4 miles per hour. So, don't expect to be making deliveries across town using robotics anytime soon. Another thing to note, though, is that these types of automated delivery systems are currently only being tested in urban environments, so it will take some technological adjustments to implement drone or robotic delivery in suburban or rural areas.

Automation in restaurants will totally revolutionize the industry and workforce, but the technology is still a few years off. Most of the restaurants that are creating prototypes or working to implement robots in their franchises are large corporations that have millions of dollars to spend on research and development, so it will take a few years until after they've perfected the model for robots to enter the mainstream and become accessible to regular restaurants. Even though this technology is still developing, you should be aware of it and how it can affect your business, so you can prepare your restaurant for the future.