Hotel Potrero De Los Funes is the first hotel in Argentina to incorporate BellaBot as part of their restaurant staff!

Leonardo Agnesi, CEO of the Hotel Potrero de Los Funes in Argentina, has hired BellaBot, a robot for food delivery at the restaurant of the hotel. This makes it the first hotel in Argentina and Latin America to incorporate this type of technology. Here’s the story.

In December 2021 Leonardo decided to incorporate BellaBot, the latest delivery robot designed by Pudu Robotics. "The cute ears and friendly expressions of BellaBot is undoubtedly something that really grabbed our attention. Our customers love the aspect of BellaBot," says Leonardo. “After seeing numerous videos on YouTube and news about what a powerful tool delivery robots are, especially BellaBot, we decided to give it a shot and welcome this technology in the hotel.”

These robots provide users with an unprecedented food delivery experience. By laser mapping a location, the robot can be assigned to go to tables, the kitchen, or a pre-designated service area. Since robots are designed to carry out repetitive tasks in the same way a human would, employees can focus on more impactful ones. Robots are not replacing employees. Instead, they are here to assist the people that are working. They automate the mundane tasks that humans should not do. When Leonardo was asked about replacing his employees with robots, he said that incorporating robotics in the hotel will bring more jobs suited for humans.

"The human factor is irreplaceable in the Hospitality industry,” says Leonardo. “Things like understanding a problem, creating visual contact, and building a connection in the interaction is not an algorithm that can be programmed in a robot" 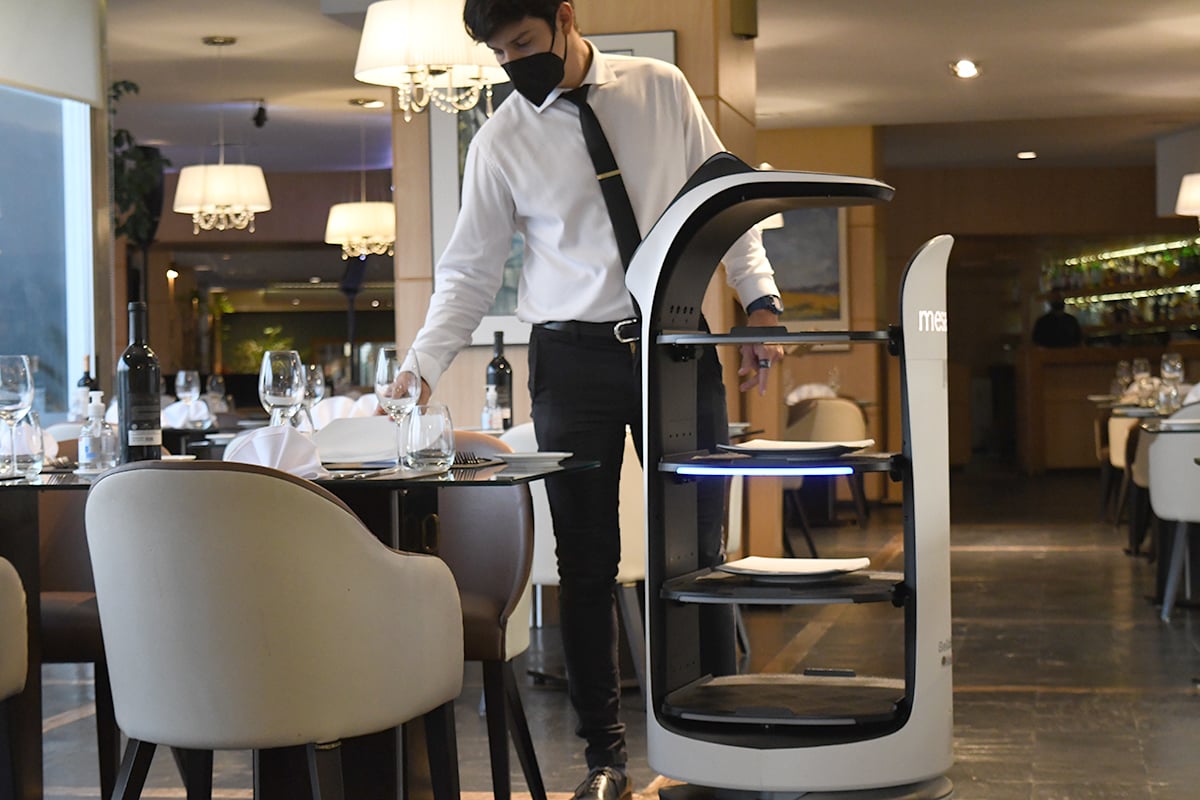 Although BellaBot’s first few days working for the hotel generated confusion and concern among the employees, the bussers quickly adapted to the robot. It was an innovative experience not only for the employees but for me, and our guests too. It brought a positive impact on the hotel, the tips increased, and more tourists and visitors wanted to see the robot in action. BellaBot has attracted more business to the hotel."

Right now, the robot is being used at the restaurant to deliver and sing Happy birthday to the customers. In the future, Leonardo may use the robot as a guide for the hotel guests to show them to their rooms, as well as a guide to the restaurant. Although it’s a project that will take time, Leonardo and his team are very excited to incorporate BellaBot in even more ways at the hotel in the future.

The first hotel in Argentina and Latin America to incorporate this type of technology!

“Being the first ones and pioneers to have BellaBot is extremely exciting! It is really important to us to change the paradigm of how technology can replace human labor. We see the robot as a collaborative tool that adds a positive impact for the hotel, our employees, and our customers,” said Leonardo.

Different media outlets in Argentina and Latin America have reached out and visited the hotel to see BellaBot in action. 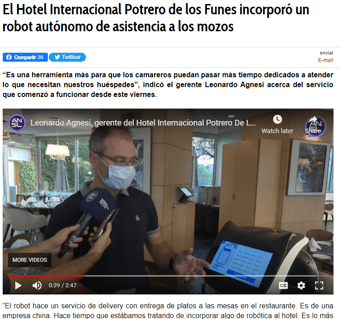 Leonardo said that the impact has been very positive and that BellaBot is a great asset to the hotel. He has requested to have more Spanish interactions from the robot so the manufacturer is working on an audio Spanish library that includes more Spanish expressions and sounds.

BellaBot provides users with an unprecedented food delivery robot experience. Learn how with a free consultation!