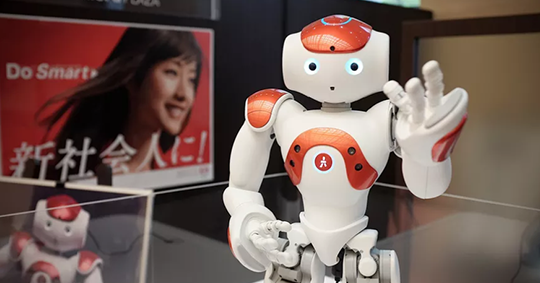 Robotics continues to emerge as a large and influential market. The following five industries are utilizing this new technology to boost efficiency and convenience for both businesses and consumers.

Advances in robotics have the potential to change a wide variety of health care practices, such as surgery, rehabilitation, therapy, patient companionship, and everyday activities. Robotic instruments used in health care are not designed to take over the duties of health care professionals, but rather to make their work easier.

The da Vinci Surgical System, for example, utilizes the hand movements of the operating surgeon to control tiny, precise instruments inside the patient’s body. This allows for minimally invasive procedures in surgeries such as cardiac, colorectal, gynecologic, head and neck, thoracic, and urologic.

For patients who have suffered strokes or spinal cord injuries, or who are paralyzed, robotic devices such as exoskeletons have the ability to assist and guide them during rehabilitation. In addition, robotic lifting machines can help nurses lift patients who are elderly or immobile. Companion and therapeutic robots such as Paro can also comfort patients with mental health issues with a system of sensors, microphones, and cameras.

To help increase productivity while lowering overall costs, the agriculture industry has been actively working to adopt different forms of robotic technology. Farmers have already been using tractors and harvesters that are self-guided by GPS. Recently, there has been a rise in the experimental use of autonomous systems that automate operations like pruning, thinning, mowing, spraying, and weed removal. Sensor technology is also being utilized to manage pests and diseases that affect crops.

One of the more extravagant advancements in robot technology will soon be available in the kitchen. Automated and intelligent robots — such as those invented by Moley Robotics — will be able to prepare and cook hundreds of meals in a home kitchen. This robotic chef will be controlled via a smartphone, and once the controller chooses a recipe and arranges pre-packaged containers of cut and prepared ingredients, the robot will be able to cook the predetermined meal quickly and efficiently. Moley Robotics is also developing a consumer-friendly version of a robot kitchen, which will include a built-in smart dishwasher and refrigerator.

Robotics are being used in many aspects of manufacturing to help increase productivity and efficiency while lowering production costs. Similar to the health care industry, many robots in manufacturing collaborate with workers to perform repetitive, monotonous, or intricate tasks under the worker’s guidance and control. With these machines, precision is valued more than speed, as is the ability to be reprogrammed for specific tasks of different sizes and complexities. Robotic manufacturing technology is also becoming safer to operate. Cameras, sensors, and automatic shut-off capabilities enable robots to sense and stay clear of humans in the workplace.

In the military and public safety sectors, robotic technology is being applied in many areas. One highly visible area involves unmanned drones. These machines can be used for surveillance and support operations on the battlefield. Military drones flying over areas of war and conflict, in hostage situations, and for natural and manmade disasters are able to assess danger levels and provide soldiers and first responders with real-time information. Drones are revolutionizing disaster response since they can access hazardous areas with greater speed and precision without placing human responders in harm’s way.

Robotic devices are already establishing a wide presence in several commercial industries. As robotic technologies become more affordable, they will soon be available in various forms for consumers as well, with the ability to impact our lives in countless ways. 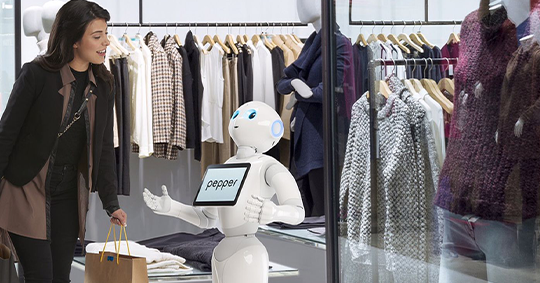