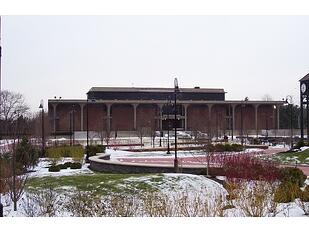 Librarians in Suffolk County, NY believe it is part of their mandate as civilization’s repository of wisdom to allow users access to newer technologies like 3D printers. With a traveling exhibit including a Makerbot 3D digitizer and Makerbot 3D printer, they are out to show us that libraries are not, as one library director, Robert Lusak of the Smithtown Special Library District says, "... just about books and movies. Whatever the latest is in technology, we as the library want to be able to offer that kind of tool to our community."  No question about it, 3D printers are the latest in technology, with one soon on its way to the International Space Station so astronauts can produce their own spare parts -- Scotty the chief engineer on the Enterprise would certainly have loved to have one!

But do 3D printers have a place in public libraries? There was a time when this writer might have said no, but that was before video became accessible to everyone and the shelves began to bulge with VCR tapes. At first I believed that a desecration, but I Iost my innocence when I discovered -- and actually checked out -- a copy of Ken Burns’ excellent documentary on the Civil War. Not too long after that I became an early Kindle adapter ... but still, a 3D printer?

Printers, of course, have been in libraries since the beginning of time -- I am referring here to the only time that counts, APC or After the Personal Computer. But they printed only images and text, both already found in the one thing that for certain belonged in a library, books and not 3D objects like statues and...and car parts?  I mean, shouldn’t something that manufactures car parts be found in...oh, I don’t know, a machine shop maybe?

Well, yes and no. There is, after all, a great difference between the way a car part forms in a machine shop and on a 3D printer. The machine shop will take a hunk of some material and whittle it down to form the part, much as a sculptor forms a statue, removing one chip at a time.  The 3D printer, on the other hand, forms the part one thin layer at a time, much as a an artist in acrylics or oils builds up images on a canvas layer by layer--and not unlike the way a writer  forms a book with page by page of print.  In any case, the librarians in Suffolk County, NY say people are flocking to their 62 libraries to check out this new technology and going away impressed. I’m guessing 3D printers are here to stay. And I’m going down to my local library and ask to see one...