What the heck is “augmented reality?” That was my first thought when first seeing the phrase in a related post. No, I take that back; to tell the truth, like most people I asked,  I thought it was merely another way to say “virtual reality.” But It most certainly isn't...

This according to the Wikipedia: Augmented reality (AR) is a live, direct or indirect, view of a physical, real-world environment whose elements are augmented (or supplemented) by computer-generated sensory input such as sound, video, graphics or GPS data. By contrast, virtual reality replaces the real world with a simulated one.”

Let’s put it another way: augmented reality is to The Minority Report with Tom Cruise as virtual reality is to Inception with Leonardo Dicaprio. Remember in The Minority Report when Tom Cruise stood facing a huge transparent computer screen manipulating images and data with gloved hands? That manipulation, a combination of real objects (gloved hands) and digital reality (data and images), makes for a perfect example of augmented reality (a teacher holding the control tablet from the RobotsLAB BOX in his hand can impose data on the real world the way Tom Cruise did--and he wouldn’t have to wear gloves!) On the other hand, Leonardo DiCaprio's avatar immersed in a simulated dreamworld, is a perfect example of virtual reality. 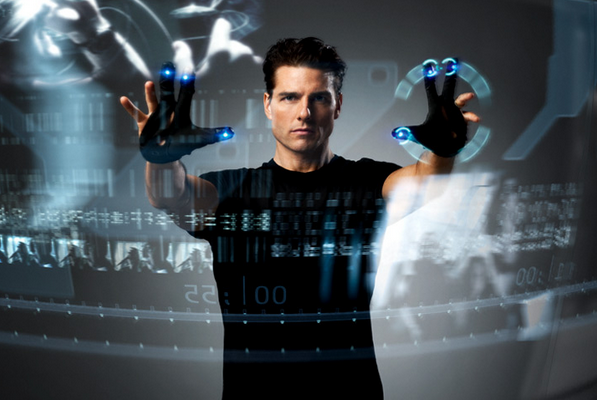 Such a lesson with Sphero, the robotic ball, includes an augemented reality layer of a grid system which covers the real-world image coming from the tablet's camera. Using the Augemented reality, the teacher can control the robot's rolling path, and calculate the slope and the Y-intercept with the augement reality layer.

Augmented reality is a great way to engage students in creative endeavors. In a related blog post, Brad Waid, co-founder of AR Detroit, described the enthusiastic response he received from young kids when using a AR app. After watching creatures they had created on paper suddenly spring to life on the tablet screen, the children graben pencils and went to work writing the stories behind the pictures.

Robots are another great way to engage kids in creative endeavors. Besides manipulating reality as our RobotsLAB BOX does as mentioned above, robots like NAO can take stories off the screen and perform them right in front of the kids. Maybe we should term that “robot reality!”