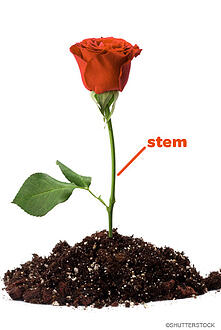 I recently came across a blog post titled Do Kids Really Care About Stem Education. Written by a young educator who teaches high school sophomores, he made some interesting observations that many of us might not want to agree with.

He writes that while teachers, parents, politicians, the whole darn adult zoo, put the emphasis on learning with the hope of future employment in the tech world, teenagers are not really that interested or excited in the world we believe we are building for them.  He says...”High school kids have never been too excited about the adult world, and that hasn’t changed.” Some of us may find that observation upsetting, but that doesn’t mean it isn’t true. With the possible exception of a few goal-oriented, driven students, this is certainly the way it has always been. And would we really want it otherwise?  Forget dreaming and get on with choosing a career before they leave high school?

One interchange with his students was particularly telling. After a failed attempt by the school to generate some interest in using teenage-tech savvy to build student engagement he came right out and asked them,  “You guys don’t really like using technology at school, do you?”   He went on to describe how... “They smiled and laughed. One student spoke for the class: ‘No, but you teachers all think we do.’ Another student said, ‘We like playing games and sending messages to each other, but we don’t want to use our phones for schoolwork.’ Their heads nodded emphatically in agreement.”  Again, nothing new here. Just ask Facebook developer Mark Zuckerberg about how teens have been avoiding his site since they discovered their teachers, parents and grandparents were on there with them!

But don’t take from this that the author of this post thinks stem learning is a waste of time. What he has learned from his students is  that most of them...,“want to play games and talk with their friends. They like to solve mysteries, and they want to learn more about people… but they are not listening when he tries to engage them by talking-up their futures in high tech. That shouldn’t come as much of a surprise to most high school math teachers who long ago gave up trying to interest their students in math by telling them it was something they were going to need to get a good job when they grew up.

The post Do Kids Really Care About Stem Education has received a good deal of attention online. It has been tweeted and retweeted often. Some of the attention was less than favorable, but our take on it here at RobotsLAB is the author of this post didn’t say anything that we didn’t already know in our heart of hearts--besides, we build robotic teaching aids that engage kids without asking them to include us on their cell phones. Our robots will most certainly help them develop the skills that they need for future employment. But don’t tell them that while they are enjoying them.