Don't Just talk about Science and Math, Experience it! 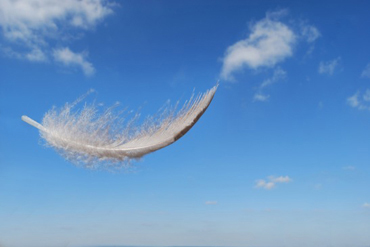 Like most modestly science-literate people I know that Galileo long ago demonstrated that objects fall at a rate independent of their mass. Which is to say that a feather and a bowling ball when released at the same time from the upper floor of the Tower Of Pizza will hit the ground at the same time.  Which is nonsense to any kid that has ever dropped dropped a rock and a piece of paper off their garage at the same time and watched the paper still floating gently down long after the rock had left a mark on the concrete. A million years or more of evolution has left us unable to intuit such a thing until that moment when we see it actually happen. Until we experience it.

That moment arrived for me yesterday on a Youtube video when physicist and former rock-band member Brian Cox demonstrated exactly that at the NASA Space Simulation Vacuum Chamber in Cleveland, Ohio.  A bowling ball and a few feathers were lifted to the top of the chamber and released at the same time; as you would expect, moments after the release the bowling ball smashed a small box on the floor but the feathers seemed to fall forever. Then the air was withdrawn from the chamber producing an almost perfect vacuum. And then again the ball and feathers were elevated to the top of the chamber, a distance of over 100 feet. But to my utter disbelief, this time they fell absolutely in unison--absolutely. It was a surreal experience. Emphasis on the word “experience.”

The last time I felt like that was while watching a video of the double-slit experiment that demonstrates that light can act as a wave or a particle at the same time. I can't fathom how that happens, but after seeing it happen it is now a part of my experience and has changed forever how I view reality; thereby allowing me to at least appreciate the mystery of the quantum world if not understand it.

In much the same way our educational robots here at RobotsLAB help students experience the very real importance of mathematics in their world. We have all suffered the frustration of failing to convince young people that they will need math in their future. Teachers have talked themselves hoarse to no avail on the subject. So forget talking and start providing your students with an experience.  When they see our robots at work and experience math in action, they will understand why it is so important.