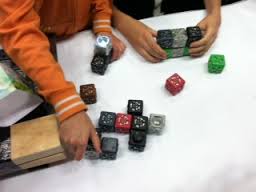 The programming language "Scratch" is for young people that have an itch to create interactive games, stories and animations online. Designed originally for kids 8 through 16, it is offered free by the Lifelong Kindergarten Group at the Massachusetts Institute of Technology (MIT). The Lifelong Kindergarten Group believes its interactive programming language provides the young with essential skills for 21st Century employment, including the ability to think creatively, reason systematically and work collaboratively.

Scratch Jr., the newest example of this language from prestigious MIT is designed for even younger students, preschoolers as young as five. A new Ipad app is now available for these younger kids. Scratch Jr. was developed with mobile devices rather than computers in mind like Scratch. Its developers hope that the language will meet the following educational goals for younger kids:

A personal note here: The last time I had babysitting duty I downloaded the Scratch Jr App to my Ipad and handed it over without comment to my seven-year-old grandson, Fox. He likes cats and I thought he might take to it. He did. Also without comment.

I wandered off leaving him completely unsupervised in my recliner with the Ipad inches from his face. When I returned a few minutes later he had already completed three projects.

“Did you learn anything?” I said, knowing I was pressing my luck.

He rolled his eyes in answer and went back to playing with the app.

Another learning tool for the younger set that Fox and his three-year-old brother Dexter both like is RobotsLABS' own CUBELETS.  Their small hands find these little magnetic blocks safe and easy to manipulate. They get a big kick out of the autonomous robots they can make entirely on their own. It pleases their parents and me to see them developing their ability to think procedurally and learning to solve problems in a step-by-step manner.