Imagery a key to understanding math

There is no shortage of quotations referring to math as beautiful--just Google “math and beauty” and you’ll see what I mean. But my favorite quote comes from G. H. Hardy (1877 - 1947), an English mathematician known for his work in numbers theory and mathematical analysis.

He said,“The mathematician's patterns, like the painter's or the poet's must be beautiful; the ideas, like the colors or the words must fit together in a harmonious way. Beauty is the first test: there is no permanent place in this world for ugly mathematics.” 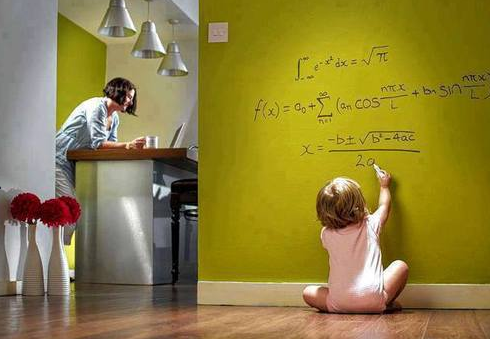 Finding quotes describing math as beautiful might be easy to do, but as any math teacher can testify, it takes a lot more than verbal dexterity to convince kids that math is beautiful. To their credit, that hasn't kept them from trying.

New York University neuroscientist Pascal Wallisch, for example, believes imagery is the key. After all,  “As primates,” Wallisch says, “we are mostly visual creatures. A good amount of the cortex in primates (upwards of 30%) is dedicated to visual processing in one way or the other.” In one sense, math educators have always been aware of this. They have been forcing reluctant students to copy math on blackboards for at least 200 years. That being the case, why have so few of these students found those equations beautiful?

In Wallisch's view, that lack of appreciation comes from a lack of visual experience with the equations. The equations in themselves mean nothing. He uses the phrase “Statue of Liberty” as an example of a phrase which would mean nothing to someone who had never seen the great lady, but brings a whole host of emotive visual images to those of us who have. Equations, he believes, must be experienced to be appreciated. “Mathematicians see equations by imagery built by long-term practice manipulating them,” he said. “The trick is to use software to visualize the equations so that those who don’t have the practice (or the unusual brain) can see the same.”

And Yes, dear reader, wonderful software of this kind does exist in this day and time. We have developed some of it right here at RobotsLAB. We call it the RobotsLAB BOX. As a means of engaging students in the study of math, it simply has no equal. Consider, for example, the BOX’s treatment of that chronically misunderstood and unappreciated math most students don’t stick around the math department long enough to conquer, the quadratic equation.

Math teachers using the RobotsLAB BOX provide their students with an experience, not a dry, boring, meaningless picture on a blackboard or page. Instead, quadratic equations flashing across a tablet controlling a robot helicopter provide the student holding the tablet with a meaningful visual narrative of the helicopter’s flight. Something his active young brain might even perceive as beautiful.