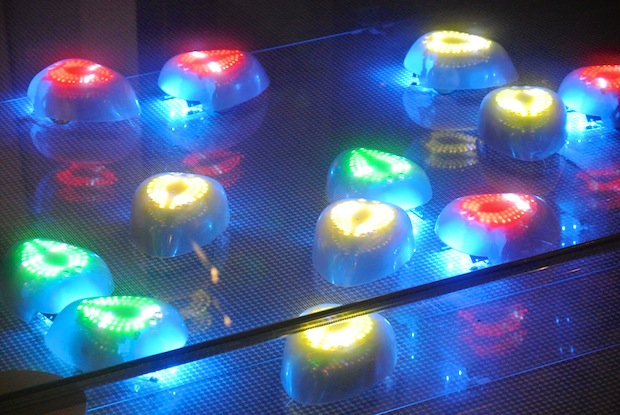 When I was a small boy growing up in the desert Southwest, I thought I wanted to grow up to be an anthropologist-- with the emphasis here on “ant.” They were everywhere in the desert: black ants, red ants, big ants and tiny ones.  I had no idea why they fascinated me so, but fascinate me they did, and I spent my summers watching them marching and counter-marching across the sandy desert floor--and of course, being a boy, I messed with them in every conceivable way from frying with a magnifying glass to trampling their elaborate nests and pathways. I sprayed them with insecticide bombs and drowned them in water. All that, and I don’t think I ever managed to completely destroy one of their nests. A few days and they would be back as busy as ever.

Not overly introspective as a boy, I never questioned my intense interest in their organized behavior. That it was “neat,” was enough for me (neat, by the way, was the 1950’s functional equivalent of “cool”). Later--much later, I am forced to admit--I stumbled into robotics and discovered that the very ant behavior that had fascinated me long ago was now a much sought-after goal in robot behavior. Robotics scientists hope that clues to understanding swarming, flocking, herding, crowding, thronging, whatever you call this instinctive, self-organizing behavior of ants, birds, cows and some higher biologic organisms, will guide the way toward developing robots capable of accomplishing tasks without the need to program every single individual unit in a...gang? of robots.

“Gang” will apparently not be the term of choice. The National Museum of Math in New York (MoMath) recently opened a new exhibit named Robot Swarm. A “swarm” of bees maybe, but robots…? Anyway, the exhibit is in the old Taj Mahal of Boxing, Madison Square Garden and the robot swarming (ok, maybe “ganging” does sound a bit inelegant!) takes place under a transparent floor in the ring beneath the spectators’ feet. Just as I once tormented swarms of ants, spectators can now torment small robots by stomping around the ring sending them scurrying to and thro in an organized fashion. But unlike my earlier efforts in the desert which were nothing more than a mixture of childish curiosity and wanton destruction, the purpose here at MoMath is to demonstrate and improve robotic self-organizing behavior.

Why bother, you ask?  Remember the Gulf Oil Spill of 2010? Because of the depth it took months to cap the open pipe. Currents, pressure and collapsing equipment changed the job requirements on a minute to minute basis. Imagine the savings to jobs and the environment if a tool consisting of thousands of small self-organizing robots could have been sent down to wrestle the plugs into position instead of trying to control the tools and plugs in a constantly changing environment  from a distance.

Just as those ants I tormented so long ago were able to survive my actions with their instinct for self-organization, it is the hope of roboticists that someday it will be possible to assign to a robot swarm a task like shutting down that pipe and letting the swarm self-organize the tools and behavior necessary to get the job done.