Every Friday we will share with you an informational piece about a topic we care about! You can use it in your classroom, share it, learn and enjoy it! Check it out. 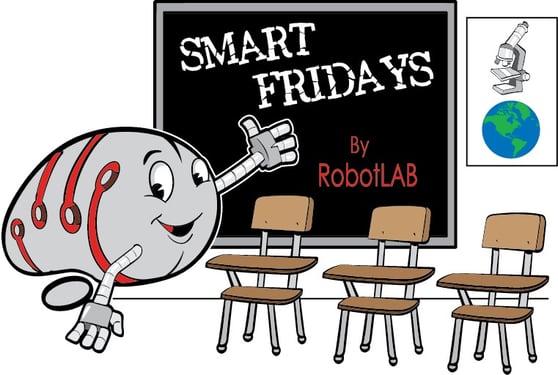 Gravity is the force by which a planet or other body draws objects toward its center. The force of gravity keeps all of the planets in orbit around the sun.

What else does gravity do?

Why do you land on the ground when you jump up instead of floating off into space? Why do things fall down when you throw them or drop them? The answer is gravity: an invisible force that pulls objects toward each other. Earth's gravity is what keeps you on the ground and what makes things fall.

Anything that has mass also has gravity. Objects with more mass have more gravity. Gravity also gets weaker with distance. So, the closer objects are to each other, the stronger their gravitational pull is.

Earth's gravity comes from all its mass. All its mass makes a combined gravitational pull on all the mass in your body. That's what gives you weight. And if you were on a planet with less mass than Earth, you would weigh less than you do here.

Gravity in our universe

Gravity is what holds the planets in orbit around the sun and what keeps the moon in orbit around Earth. The gravitational pull of the moon pulls the seas towards it, causing the ocean tides. Gravity creates stars and planets by pulling together the material from which they are made.

Gravity not only pulls on mass but also on light. Albert Einstein discovered this principle. If you shine a flashlight upwards, the light will grow imperceptibly redder as gravity pulls it. You can't see the change with your eyes, but scientists can measure it.

Gravity is very important to us. We could not live on Earth without it. The sun's gravity keeps Earth in orbit around it, keeping us at a comfortable distance to enjoy the sun's light and warmth. It holds down our atmosphere and the air we need to breath. Gravity is what holds our world together.

However, gravity isn’t the same everywhere on Earth. Gravity is slightly stronger over places with more mass underground than over places with less mass. NASA uses two spacecraft to measure these variations in Earth’s gravity. These spacecraft are part of the Gravity Recovery and Climate Experiment (GRACE) mission.

How gravity was discovered? 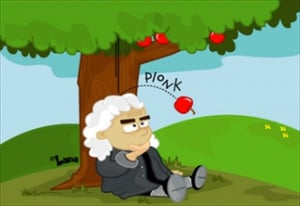 "After dinner, the weather being warm, we went into the garden and drank tea, under the shade of some apple trees. The notion of gravitation came into his mind. It was occasion'd by the fall of an apple, as he sat in contemplative mood.

Why should that apple always descend perpendicularly to the ground,' thought he to himself. 'Why should it not go sideways, or upwards? But constantly to the earth's centre? Assuredly, the reason is, that the earth draws it. There must be a drawing power in matter this called gravity. Newton said. 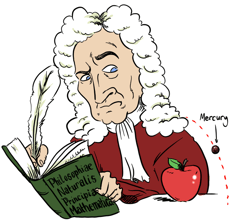 Isaac Newton is considered one of the most important scientists in history. Even Albert Einstein said that Isaac Newton was the smartest person that ever lived. During his lifetime Newton developed the theory of gravity, the laws of motion (which became the basis for physics), a new type of mathematics called calculus, and made breakthroughs in the area of optics such as the reflecting telescope.

Check this video to understand a ittle bit more about gravity

This amazing video from professor Dan Burns explains his space-time warping demo at a PTSOS workshop at Los Gatos High School. Check it out!

Let's see how much you have learned!

Answer the following questions related to what you have learned about gravity! The answers are at the end of the article!

1. What effect does Earth's gravity have on us?

a. It lets us float

b. It pulls us to the earth

c. We are too small for it to affect us

d. it moves us around in circle

2. Who discover the gravity?

3. The amount of gravitational pull depends on a objects _____.

4. What effect does the moon's gravity have on the Earth?

a. It makes the atmosphere rise.

b. It causes ocean tides.

c. It pulls some objects toward the moon.

d. It has no effect because it's too small.

a. Is the force that makes me float in the earth

b. Is the force by which the moon has light at nights

c. Is the force by which a planet or other body draws objects toward its center

d. None of the options are correct

Let's see now a concrete example, how does a drone work

How does a drone actually fly?

Drones use rotors for propulsion and control. You can think of a rotor as a fan, because they work pretty much the same. Spinning blades push air down. Of course, all forces come in pairs, which means that as the rotor pushes down on the air, the air pushes up on the rotor. This is the basic idea behind lift, which comes down to controlling the upward and downward force. The faster the rotors spin, the greater the lift, and vice-versa.

Now, a drone can do three things in the vertical plane: hover, climb, or descend. To hover, the net thrust of the four rotors pushing the drone up must be equal to the gravitational force pulling it down. So what about moving up, which pilots call climbing? Just increase the thrust (speed) of the four rotors so that there is a non-zero upward force that is greater than the weight. After that, you could decrease the thrust a little bit—but there are now three forces on the drone: weight, thrust, and air drag. So, you will still need for the thrusters to be greater than for just a hover. Descending requires doing the exact opposite: Simply decrease the rotor thrust (speed) so the net force is downward.

Do you want to learn more about Gravity and Drones?

Check the different lessons we have for you on our Learning platform Engage!K12. Create your Free account Now! 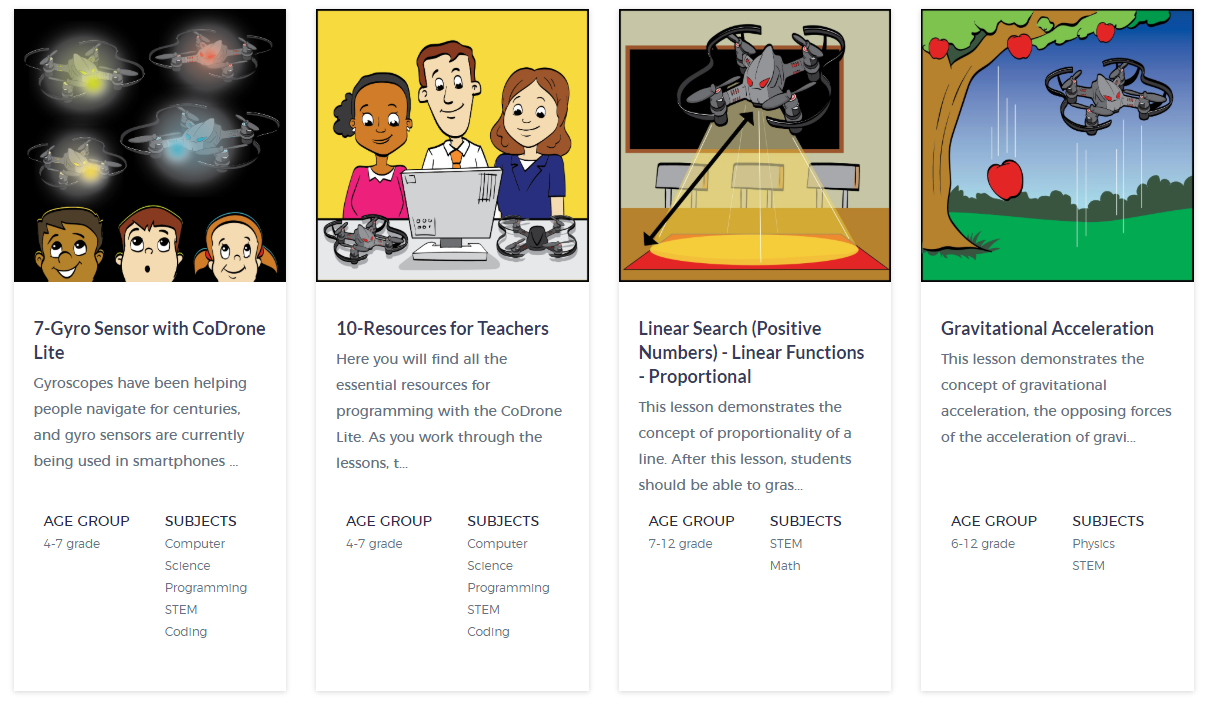 1. What effect does Earth's gravity have on us? Answer:  B

2. Who discover the gravity? Answer:  C

3. The amount of gravitational pull depends on a objects _____. Answer:  D

4. What effect does the moon's gravity have on the Earth? Answer:  B