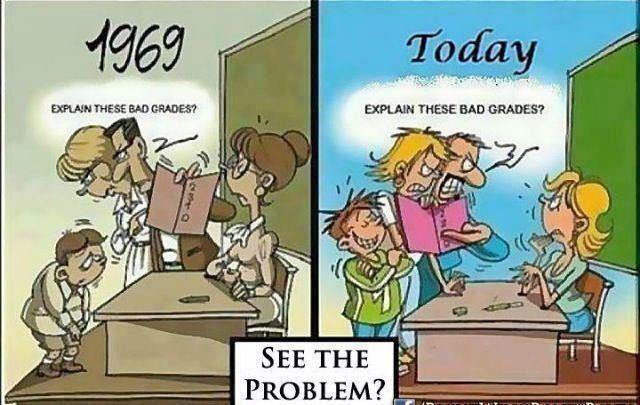 It is good to realize that, as this infographic says, that today’s college students have more options than their 1980’s counterparts had but their time is also stretched more thinly across the school day.”

Indeed, computers, smartphones, online courses and a host of other digital gadgets as well as the Internet itself have made it possible for the education industry to welcome committed students who must provide for their families as well as work on their futures. And the addition of more women and many more minority students in the classroom--both brick and mortar as well as virtual--can only be seen as a positive.

But still, it is no wonder President Obama has called for a national effort to secure the first two years of community college for free. A look at this infographic titled Technology Defines Much of Higher Education’s New Normal will tell you that higher education’s “new normal” is darned expensive. Almost eight times more expensive! Even adjusting for inflation, that increase still seems out of bounds. It also seems particularly anomalous that the price of school books has increased by almost ten times--this in the age of the tablet and online courses. But according to other sources it’s apparently going to get worse before it gets better. Which in turn increases the importance that today’s students gain the skills in school they will need to get the jobs they are going to need to pay off their student debt.

And as this infographic further points out, those jobs increasingly are in the STEM field. Instead of the old standby careers that were still with us in the 1980’s, construction, manufacturing and the service industries, almost 75% of present job openings out of college are in high-tech related industries like computer design, engineering, and one more not mentioned in the infographic, robotics.