Thanksgiving RoboParade - What a great idea!

Move over Macy's, here comes the Thanksgiving Robo parade at Macomb Community college in Warren, Michigan. Put on by middle schoolers from Jefferson Middle School in St. Clair Shores, it demonstrated the creativity, drive and technological skills students will continue to show in the future if this country of ours is to remain competitive in the world technological arena. 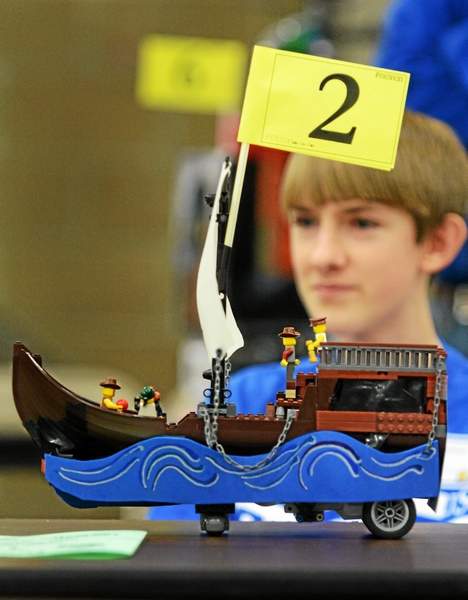 The competing robo floats were smaller than those monsters at the Macy's Thanksgiving Day Parade, but their teen-age builders faced similar problems--and overcame some challenges not encountered by the bigger float builders. The kids couldn't simply build a bare-bones robot and let it go at that; no, just as the adult floatbuilders could not just put out a car with a pretty girl on top and call it a float, the younger float builders couldn't go with a bare-bones LEGO robot; they had to decorate. There was a Harry Potter themed robo float, a Christmas-themed robo float and several others less easily defined.

In addition, since the Robo parade was part of the nationwide Lawrence Technological University sponsored  Robo Fest Competition for 5th through 12th graders, the young competitors had to  meet some strict requirements; not the least of which was the necessity of keeping the floats from stumbling over each other as they followed the parade route. And not by remote control; they had to program the robots to keep their distance from each other while following a pre-programmed route. Imagine what would happen at the Macy's Parade if the floats were all autonomous creations without drivers hidden under the decorations? Somebody would get hurt!

But watching the floats making their way across the parade route without any assistance from their makers we realized it was only a matter of time before young men and women like these would be doing exactly that--designing autonomous vehicles that could indeed move under their own power and command down any parade route. As long as we have kids like these, the United States will never be a second class technological power.