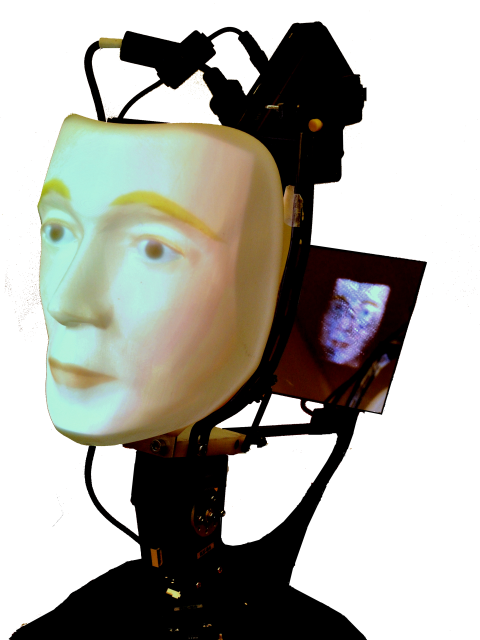 Furhat, as you might have guessed, gets its its name from the furhat it wears. As you know, Furhat isn't the first robotic unit to attempt communication by way of facial expressions. There is The University of San Diego's Diego-San as well as a number of others.

Where Furhat differs from Diego-San and most of the other facial-expression robots is in the actual construction of the faux human face. Diego-San’s face, although impressively human, is formed with what appears to be a molded plastic; Furhat’s face, on the other hand, is rear-projected on a 3D mask. As a virtual construct, Furhat has an available range of actions difficult for robot faces fashioned from malleable materials to copy. It can, for example, conduct conversations with more than one person while turning and looking each one directly in the eye.

True Artificial intelligence is yet to arrive. No robot has passed the Turing Test. But every passing day brings us closer. Sweden’s Furhat is a step in that direction.