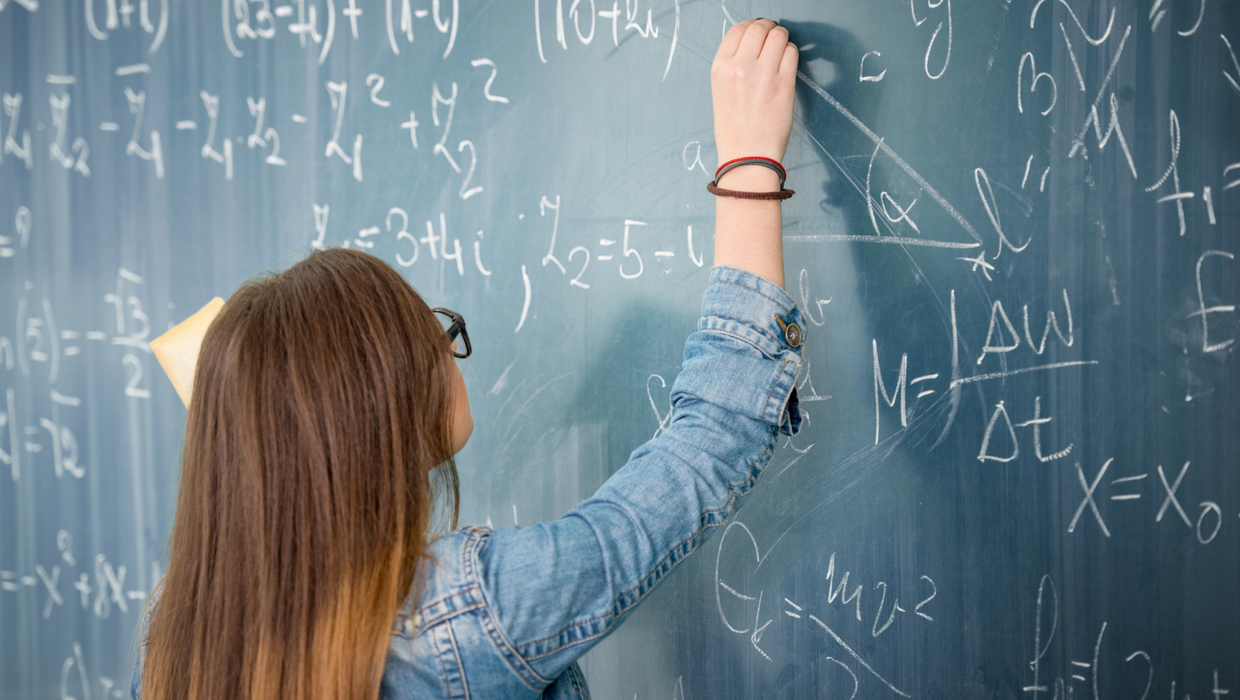 Some of it is natural ability and the way that the brain functions between individuals. Increasing research suggests, however, that exposure to and understanding of math concepts early in a P-12 career leads to a sustained interest and a higher chance of students choosing a math, technology or engineering related career. A recent University of Missouri study found that students who do not grasp the basic meaning of numerals before they enter first grade fall behind their peers in math achievement and in most cases, never catch up. It is vital to make sure students understand the basics of math early on as building blocks to more advanced concepts.

It is no longer enough to simply label some students as naturally “good” at math, while others are stronger in other areas. At its core, mathematicians’ median annual pay in 2013 was just over $101,000 – and is expected to grow by 23 percent by 2022. Take into account all of the computer science, technology and engineering jobs that are also rising rapidly, and it’s easy to see why students today NEED math proficiency and why it is up to P-12 educators to instill both aptitude and an interest in the traditionally less-exciting subject.

In April I had the chance to learn about Mathbreakers, a virtual math playground that starts with topics as basic as counting and advances through complicated subjects like Calculus. Instead of handing students worksheet-style problems through digital means, Mathbreakers uses action adventure role-playing to give students a fun, yet calculated, gaming environment that puts math at the center. As classrooms become even more gamified, Mathbreakers is a leader in making those concepts effective ones with real-world applications.

The game uses number sense, or the ability to see how to work with numbers and multiple solution approaches, instead of using rote memorization concepts like times tables. Players are in control of their futures in a third-person shooter style that takes them through an array of conquests and challenges.

Mathbreakers is a step towards a full math curriculum available in a virtual world, where students can learn about multiple types of math in the same environment. The vision of the application’s creators is that math learners at many levels can use the game to help visualize and understand mathematics on a fundamental level. That starts with basics like number sense, fractions, the number line, operators, and negative numbers.

Instead of giving players one set answer, Mathbreakers lets them use creativity to use math and create their own worlds, in essence. I was really impressed with the way the application seamlessly integrated concepts like multiplication and functions with the storyline and fun of the game itself. Not only does the game encourage players to use math (not just recite it) but it really is a lot of fun.

It seems that the Mathbreakers concept is really starting to catch fire. Schools are now interested in buying Mathbreakers applications to supplement, or even replace, their existing math practices. It makes sense since Mathbreakers adheres to Common Core Standards for grades 1 to 5.

As more people learn about Mathbreakers, I believe that more students will be given the opportunity to have an “Aha!” moment with math. We cannot force students to be interested in any topic but with the right presentation, educators can give students a better chance at succeeding in even the most difficult topics. The game has the ability to transform the way basic math is taught, and to transform student attitudes in the process. 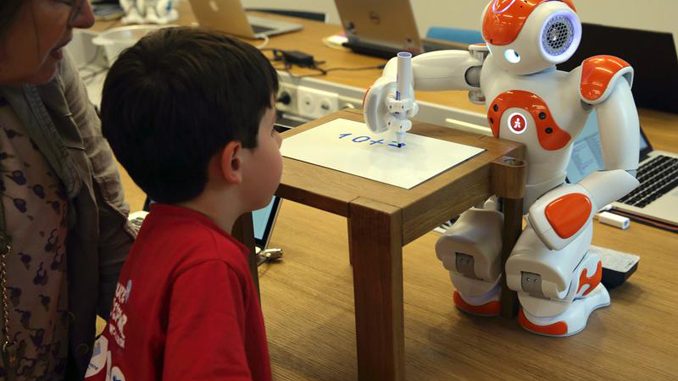 Discover more about Math with Robots and RobotLAB!