19 Futuristic STEM Jobs: Finding a Career in the Future

No matter how hard you try to predict the future, it will always be uncertain. While some probably thought we would have had flying cars by now, it’s not quite the case.

Most science fiction though, for the most part, eventually becomes science fact.

So how do we take that knowledge and prepare our children for future?

Well, if we follow trends and look to research, we can do a pretty good job of predicting advancements. Flying cars were probably a stretch of a guess, but driverless cars? Sure. And wouldn’t you know it, you’re seeing more of them being tested on the road every single day.

Technology is at the forefront of such innovations. So for parents looking to give their children a leg up in the future, that means introducing STEM in early childhood to help kids develop related tech skills and future-proof their education.

I mean, consider the employment landscape of 1990. Jobs like Social Media Manager and UX Designer were unheard of—in fact, many jobs didn’t exist even ten years ago. It’s also reported that 65% of children entering school will eventually work at jobs that don’t exist today.

19 STEM Jobs of the Future

So for this post, we’re setting our crystal ball to the year 2030. And while we can’t tell you if there will be flying cars, we can give you a glimpse of what the job market might look like.

In the future, games, apps, and technology in general will play even more of an integral part in our lives. Autonomous cars, robots, futurist shopping kiosks—such applications all need software, and that software will need to be programmed and developed by human coders for human users.

From mobile platforms, like phones and tablets, to location-based installations, cloud services, IoT, and more, code will be the backbone of our technological future. Kids who get familiar with the different coding languages, and begin to learn how to use and do things with such languages will make them desirable employees, no matter what career or industry they choose to pursue.

In the future, due to efficiency and costs, services like fast food ordering, obtaining a driver’s license, picking up a prescription, or even getting dental surgery or your teeth cleaned, will be performed at a kiosk or at an automated service location—you will rarely interact with a human provider.

The systems that run these automated POS (Point of Sale) kiosks and service experiences will need to be maintained, though. Enter a human automated system technician or robot repair person who can replace parts, fix lines of code, and test the machine before it goes back online.

VR and augmented reality will radically change the way we live our lives in the future. To escape from reality, we’ll inhabit virtual playgrounds like the one envisioned in Ready Player One.

The same “virtual” technologies will be used to educate us (imagine a classroom that suddenly turns into a platform in space or an African plain, as an instructor points out the Orion constellation or a rare bushbaby) and to sell us products.

As augmented reality and virtual reality become more commonplace, brands will use the technologies to create worlds around their products, to better connect with us and market to us.

There are many jobs in this space, from virtual worlds designer to avatar moderator and manager. Again, since these virtual worlds will be used and inhabited by humans, humans will be needed to oversee them.

In case you haven’t noticed, gas cars are going the way of the Model T.  Electric cars are the future and research tells us that those same cars will have automated driving systems that will take the responsibility and worry of driving a car out of human hands. It will make our lives better, we’re told, because there will be less time stuck in traffic. Since these vehicles are going to be used by and interact with humans, who better to understand the needs of a human than a human engineer?

Harnessing sustainable sources of energy isn’t just wishful thinking—we must turn to alternate forms of energy to support our growing needs as a global population. Solar. Wind. Water. These virtually untapped resources of power are waiting to be wrangled.

The energy industry is ripe for disruption—something that’s already happening with electric and solar and replacing, dirty fuels like coal and gas. Wind and water power are next to be exploited, but there are still other untapped energy sources like plankton.

The future will need people to find these new resources—and engineers to develop, test, deploy, and repair these systems.

Technology is evolving as fast as it is created. The way we’re learning will evolve, too. Now and into the future, we’ll be best served to be always learning and challenging ourselves.

Imagine a tomorrow where you log into your work station in the morning, check in with your manager, and after a few hours of work, you spend the next hour in a virtual learning session with a tech tutor. She’s getting you up to speed on a new technology that connects your company’s systems to a virtual platform so you can interact with your customers in a virtual world.

The future is a world where independent contractors and consultants thrive because they're experts in their fields, and hands-on, real experience is held in the highest regard, especially in education.

Learning online, in mobile apps, and via other non-traditional platforms is already happening—in the future, it will be the primary way we learn. Much like how Twitch streamers and Instagram personas are online stars now, tutors and tech trainers will take the spotlight in the future.

The drone industry is still very much in its infancy. You could equate it to the motion picture industry around the time when silent films became talkies. In the future, drones will expand far beyond what they are today, and will be used for everything imaginable: From repairing telecommunication lines to delivering your Amazon Fresh order.

The maintenance of drones (and possibly some flight control) will still be done by humans, while engineers will continue to modify and update the flying bots.

The Sci-fi series, The Expanse, paints a realistic portrait of what it might be like when we finally travel into space with the ease we take an airplane flight to another city. In the future, space tourism - and the industry around getting things into space - will be booming.

We’ll need to build spacecrafts and space stations. Specialized dietary and exercise experts will also be needed to help humans battle the harsh environment of space. Materials specialists, space explorers, and engineers will all be working together to help us conquer the challenges of the universe beyond.

As our global population reaches epic proportions, we should be more focused on one thing: How to feed the world. Vertical farming is one solution, but with a goal of using no soil and 95% less water, it’s going to be an uphill climb. Vertical farms certainly make sense in urban areas where space is more of an issue.

There is no telling how many different ways 3D Printing will change the world, as it is already revolutionizing the creative and fabrication industries, medical applications, home construction, and the food industry. Those amazing applications will need to be developed; the 3D printers operated, maintained, and monitored.

These gatekeeper positions are held by people who have extensive backgrounds in digital security, data handling, and cryptology. Data managers will organize the now massive amounts of data that clutter our virtual clouds, while securing data, and when needed, destroying data.

As we live longer, retirement and hospice care will be more in demand. Mental health, fitness, and other aging consultants will find opportunities in the senior health care field.

In the future, television will be replaced with internet broadcast channel streams and digitally-born personalities. All content will be hyper-personalized, and producers will work with advertisers to cultivate content, news, information, and entertainment to a person’s own unique interests. Customization and personalization will be handled by computers, but human hosts and commentators will still attract human audiences.

From using cells to create human body parts and repair nerves, to using nanomedicine to heal wounds—there’s a new breed of medicine on the horizon, and specialists in these treatment areas will be in high demand. Need to add a nano memory drive to your organic brain for more storage? Lucky you, biotech engineers do that too.

The future is a bold new world. Scientific advances in cloning and robotics don’t have us asking the question of “can we,” but rather, “should we?” When it comes to Biotech, robots, autonomous cars, smart holograms, and other amazing tech, we need people who understand both science and society, a key skill required of those want to fill future jobs, and can help develop laws and guidelines regarding how to proceed with the knowledge.

Digital currency like Bitcoin is one of the most sought after modern currencies. The next big currency trend? Well, it’s built around the most valuable commodity humans have—time. Time banking is the forward thinking currency of the future and it’s traded, bought, and sold on a virtual time market.

In the future, specialized digital security contractors will monitor the internet for fraud or crime. They’ll lock down accounts and pinpoint criminals with Orwellian preciseness. These independent agents will be combinations of white-hat hackers and security experts, and will be relied on to help with local and national law enforcement.

A.I. will need to learn how to act human. What better way than to introduce a robot to its new world? Just like a baby or toddler, an A.I. tech works closely with A.I. as it starts to assimilate and understand its new environment. Someone familiar with human behavior, social norms, and how machine learning works will be perfect for this occupation. That person should also be able to recognize the signals of when a robot or machine learning application isn’t learning like it should.

Technology will evolve to help us effectively control the weather, and we will need specialized engineer-scientists to help monitor the weather patterns.  They’ll use technology like cloud seeding to fight drought and help reduce the effects of climate change.

How to Prepare for the Future

To recap, the best way to prepare your child for the future is to make sure they have a strong foundation in STEM and learn other adaptive skills.

Ayah Bdeir, the founder of littleBits says, “Give the kids inventions that are relevant to them as prompts, and then they start inventing to learn the underlying principles.” It’s invention-based learning and it can propel your child into the future: Teach kids the basics and build on them. Invent and re-iterate.

The idea is to go beyond the tech itself, and teach kids how something like computer programming can be used to create and innovate—and how it can change the world. iD Tech embraces that philosophy with project-based curriculum, top-notch instructors, and industry-standard tools.

In the end, technology is a vital component of the future. Unfortunately, many schools have yet to catch up, with only one in four schools teaching computer programming. 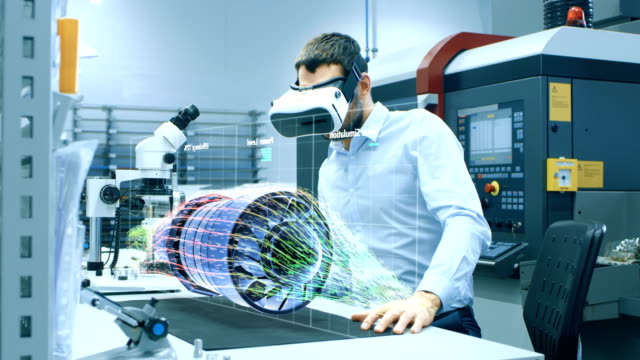 Discover more about STEM tools with RobotLAB and Start Preparing for your Future!