Big announcements for the Educational Market during Apple's event in Chicago 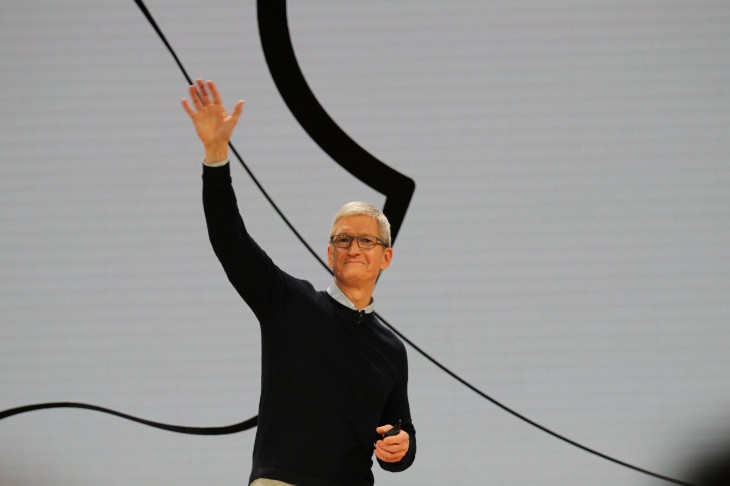 One Highlight of this event, was the announcement of the New 9.7-inch educational iPad priced $329 for consumers and $299 for schools. The newest feature with this iPad is that it’ll finally work with the $99 Apple Pencil stylus ($89 for students / teachers), which was previously only supported by the iPad Pro. 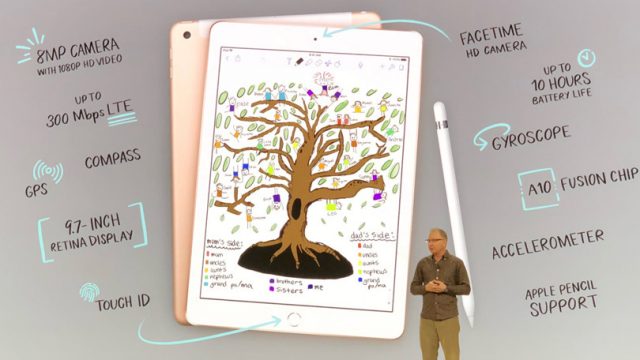 The new education-specific iPad will include Touch ID, an HD FaceTime camera, an 8-megapixel rear camera, and run on Apple’s A10 Fusion chip. It claims 10 hours of battery life and will be available in an LTE version.

With the new iPad, Apple launched a new app called "Schoolwork" that allows teachers to hand out digital assignments to students, such as homework, activities, and mark due dates on various projects. Apple likened the assignment to writing an email, with options to attach PDFs and links to each new project. To accommodate all these document attachments, Apple will update student iCloud accounts to include 200GB of storage by default. 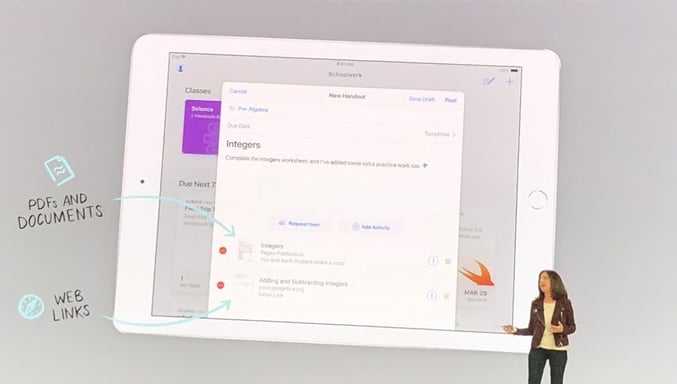 The new Educational iPad pushed Augmented Reality or AR further into the classroom, the company presented different AR kits that promise to make learning more immersive,  like Froggipedia, expected to launch on March 30 for $3.99 on the App Store, will allow students to view and dissect a virtual frog's anatomy. And a new update to the GeoGebra app brings ARKit support to math lessons. “There is no doubt that AR is going to dramatically change how this generation learns,” Apple Marketing Executive- Greg Jozwiak said during the event.

In addition, as part of its Everyone Can Code program, Apple has also updated its Swift Playgrounds coding app with ARKit support, enabling students to begin learning to code via an ARKit module, according to a report from The Verge.

Another big announcement from Apple during the event, was the new curriculum called "Everyone Can Create" which essentially bills the new iPad as the ultimate creative classroom tool for students to learn and express themselves.

The curriculum focuses on four areas: music, video, photography, and drawing. With tools like Clips and GarageBand, Apple is pushing students to make things digitally at a young age 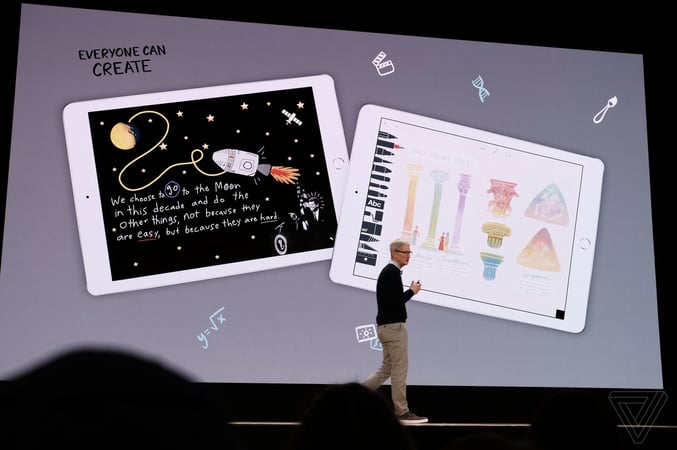 "Everyone Can Create" will be available for preview starting today, with a full roll-out this summer and "Schoolwork" is scheduled to launch in June.

At the end of the event, Tim Cook cites Steve Jobs’ old line — Apple is at the intersection of technology and the liberal arts — and says “only Apple” can do these things. Apple made a handful of solid announcements today, for both educators and consumers alike.

What do you think of Apple’s announcements? Do you think they would change the educational market and will attract more customers? Let us know in the comments!

Still curious? Here’s a supercut of the full event as Tim Cook presents the new iPad for school by The Verge Enjoy!

Regarding the importance of Augmented Reality don't forget to check our Virtual Reality Classroom pack and the Expeditions Available for teachers and students!