Bringing robots to the classroom

When the group of high schoolers arrived for the coding camp, the idea of spending the day staring at a computer screen didn’t seem too exciting to them. But then Pepper rolled into the room.

“All of a sudden everyone wanted to become a robot coder,” says Kass Dawson, head of marketing and business strategy at SoftBank Robotics America, in San Francisco. He saw the same thing happen in other classrooms, where the friendly humanoid was an instant hit with students.

“What we realized very quickly was, we need to take advantage of the fact that this robot can get kids excited about computer science,” Dawson says.

Today SoftBank is launching Tethys, a visual programming tool designed to teach students how to code by creating applications for Pepper. The company is hoping that its humanoid robot, which has been deployed in homes, retail stores, and research labs, can also play a role in schools, helping to foster the next generation of engineers and roboticists.

Tethys is based on an intuitive, graphical approach to coding. To create a program, you drag boxes (representing different robot behaviors) on the screen and connect them with wires. You can run your program instantly on a Pepper to see how it works. You can also run it on a virtual robot on the screen. 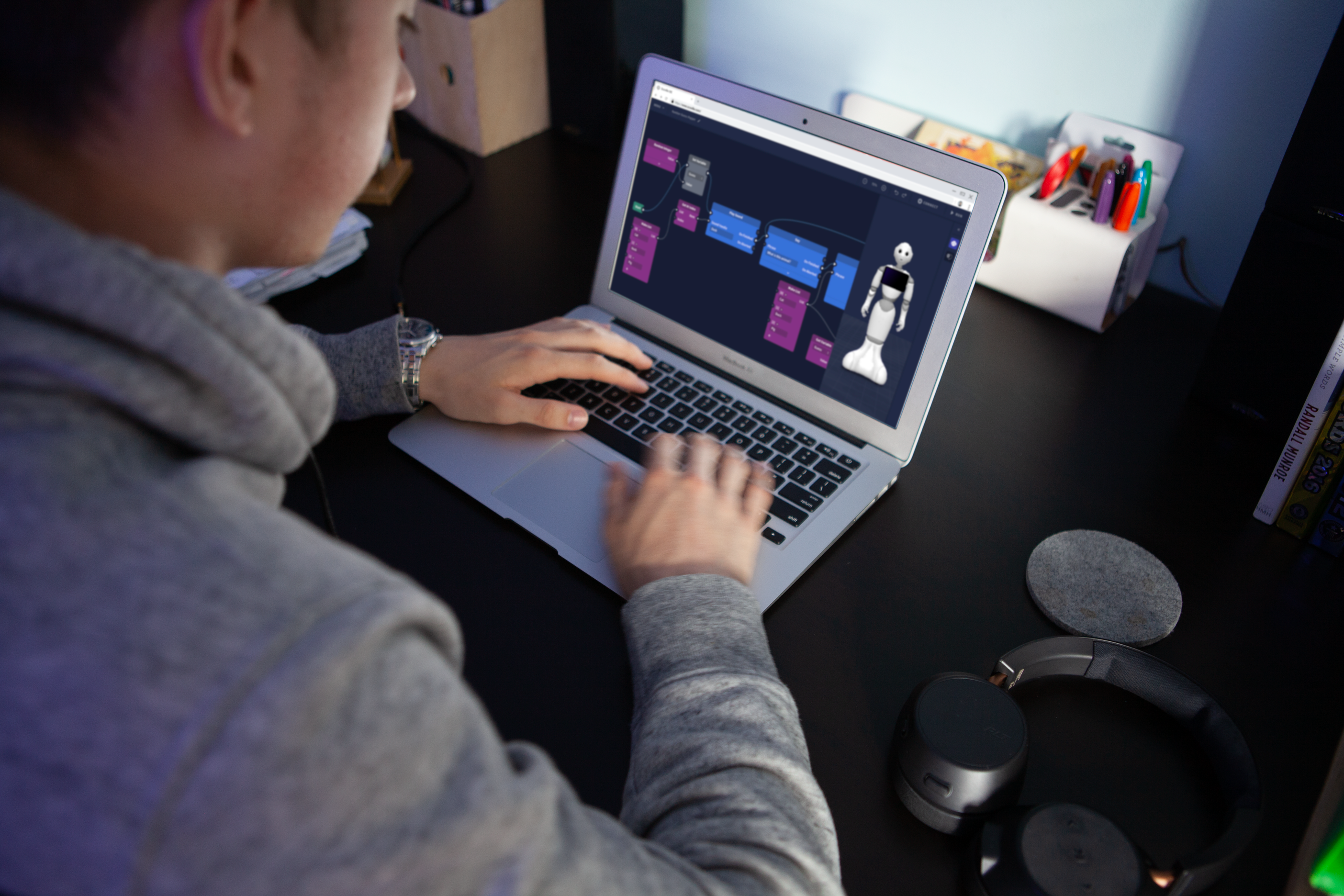 As part of a pilot program, more than 1,000 students in about 20 public schools in Boston, San Francisco, and Vancouver, Canada, are already using the tool. SoftBank plans to continue expanding to more locations.

“It’s really important to make sure that more people are getting involved in robotics,” he says, “and that means not just the existing engineers who are out there, but trying to encourage the engineers of the future.”