Aldebaran's anthropomorphic robot NAO is our third tool of choice for the educational robotics industry. After all, how long can you go in this line of work without a robot, and NAO is the most widely-used humanoid robot in research and education, with a well-documented record of interactions with humans in both research and real-world environments. NAO has thrilled kids with human interactions as wild as modeling clothes on a middle-school Project Runway to accompanying analog astronauts on a trip to Mars (or the closest thing we have to it, Utah). 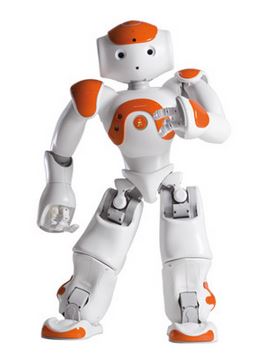 The fourth tool we in the education robotics industry should be using is the BIOLOID STEM kit produced by Robotis, the Korean robot manufacturer. Whereas NAO arrives fully built in the classroom, BIOLOID requires construction. The robot’s components, modular servomechanisms, can  be creatively daisy-chained into all sorts of wheeled, legged or humanoid robots. The BIOLOID STEM kit is no toy; the U.S Naval Academy uses it in their mechanical engineering courses.

And last but not least, we should also have a 3D printer in our educational robotics industry toolbox. Not only is the 3D printer bound to change the manufacturing world by allowing small concerns to produce articles once the exclusive province of expensive tool-and-die makers, it would be a good thing to have around when something in our classroom full of robots and their small related pieces gets lost or broken.

The preceding five tools that we believe should be in every educational robotics industry tool box, Scratch, the RobotsLAB BOX, NAO, BIOLOID and the 3D printer were not presented in the above order as a sign of their relative importance in that toolbox.  Like any journeyman artisan’s toolbox, the value of the tool depends on the work to be done. In the case of our industry, the education robotics industry, that depends entirely on the teacher and the students involved.