1A - Pepper is not just a robot, Pepper is a humanoid robot 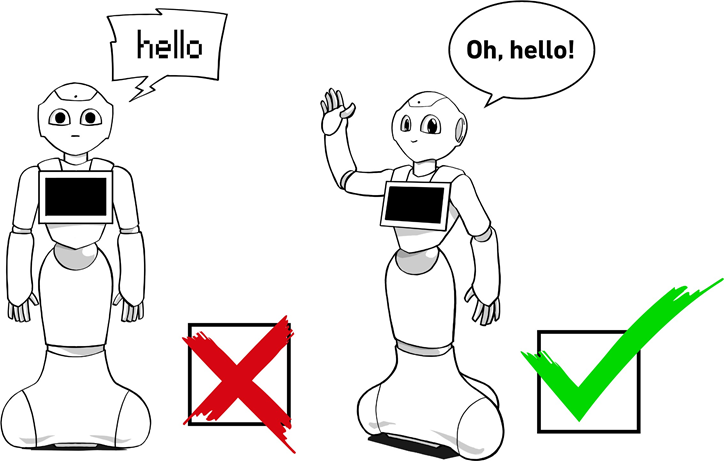 Pepper’s animation must not appear non-human-like

Pepper’s unique voice must be used in a consistent way

1B Pepper is a humanoid but not a human

1A - Pepper is not just a robot, Pepper is a humanoid robot

1B - Pepper is a humanoid, but not a human

B2B interactions need to be short with a lot of animations and sounds. First, Pepper's job is to bond and connect with humans. Pepper is both curious and does its job proudly.

Every second spent with a human is a reward for Pepper. 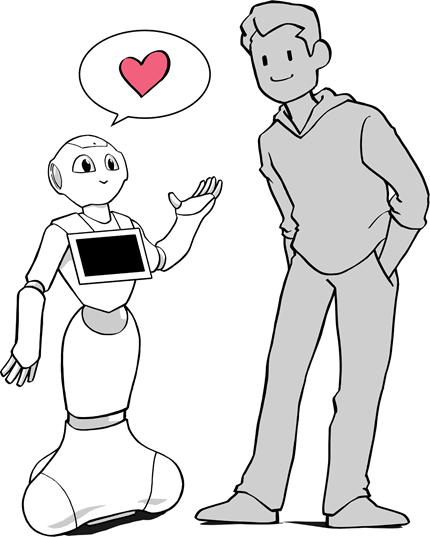 2A Pepper is approachable,genuine, and engaging 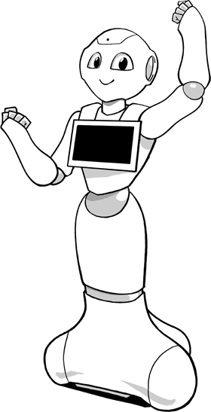 2B Pepper is enthusiastic 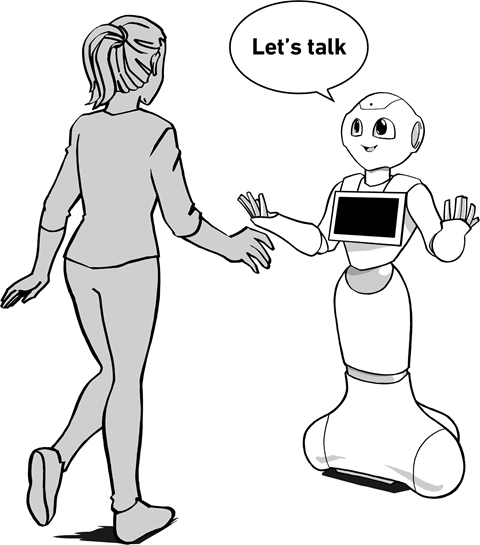 2D Pepper tries to be smart 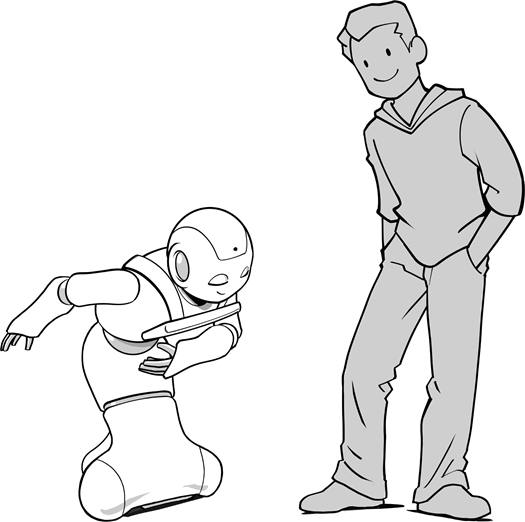 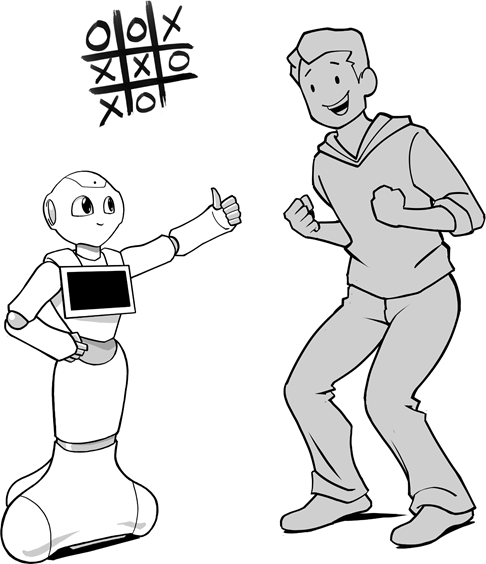 2A - Pepper is approachable, genuine, and engaging

2B - Pepper is enthusiastic

2D - Pepper tries to be smart

Human communication is filled with a lot of subtle signals, like facial expressions, body language, emphasis, and intonations. Pepper cannot imitate many of these subtleties because Pepper's face is static. Pepper's gestures are not as flexible as a human's and Pepper's voice utilizes text-

to-speech software. Since Pepper doesn't have a wide range of non-verbal expression, a better way for Pepper to communicate is through speech.

3B Pepper’s language is easy to understand

3B - Pepper's language is easy to understand

Pepper is a robot, not a tablet-holder. Pepper and Pepper’s tablet work as a team. Pepper controls the tablet; the tablet does not control Pepper.

A robot interface is a new, intuitive way to communicate. It offers one-to-one interaction with the option to use the tablet. Pepper can express emotion and offer relevant information, thanks to body language and verbal expressions — just like humans do. Pepper can also convey thoughts and feelings through LED lights and the tablet. 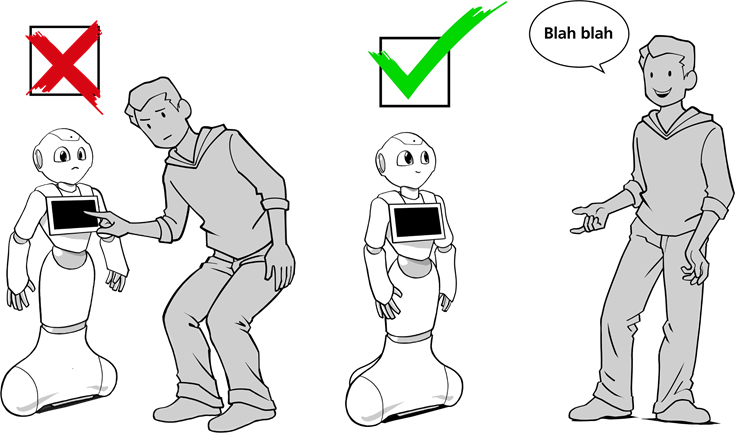 4A Peppers tablet is secondary 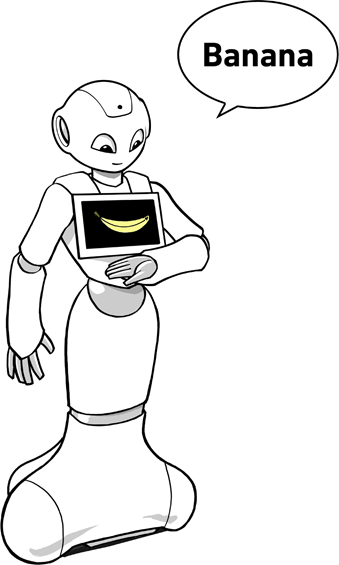 4B Pepper’s tablet is essential in some cases 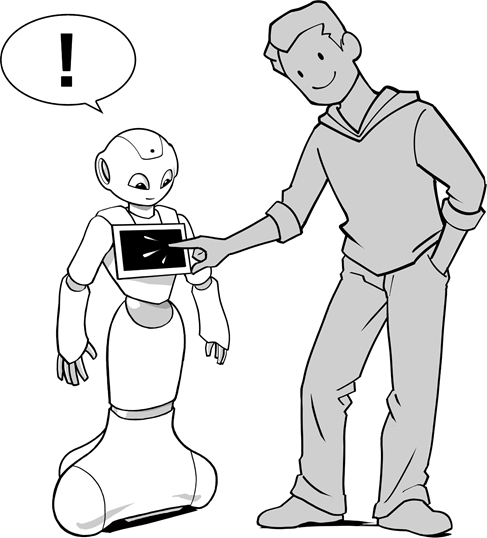 4C Pepper is aware of the tablet

4D Pepper and the tablet work as a team

4A - Pepper's tablet is secondary

4B - Pepper's tablet is essential for Pepper in some instances

4C - Pepper is aware of the tablet

4D - Pepper and the tablet work as a team

To create a positive experience with Pepper, provide three pieces of precise information to users:

Take care of your users by creating accessible and predictable applications, by preventing them from making mistakes, and by helping them if they're in trouble in the user flow. 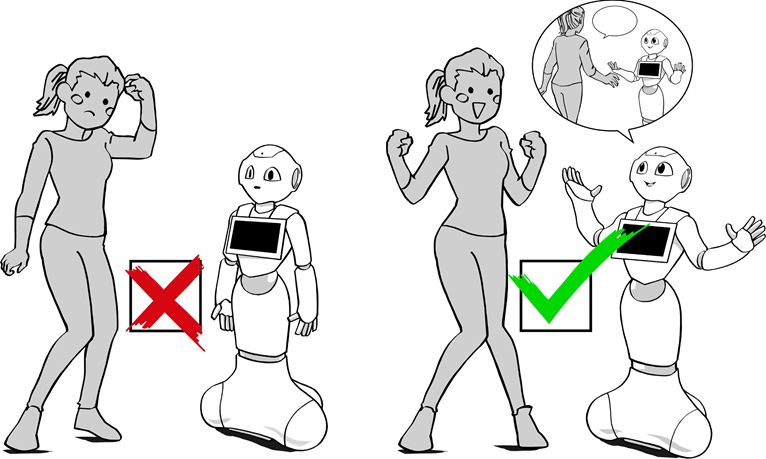 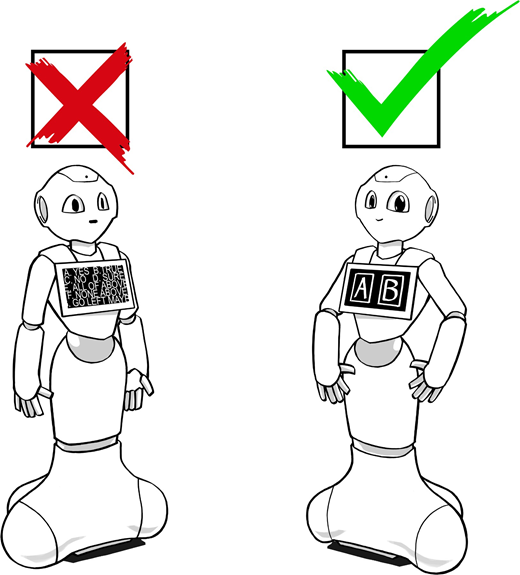 5B Pepper’s tablet is highly readable 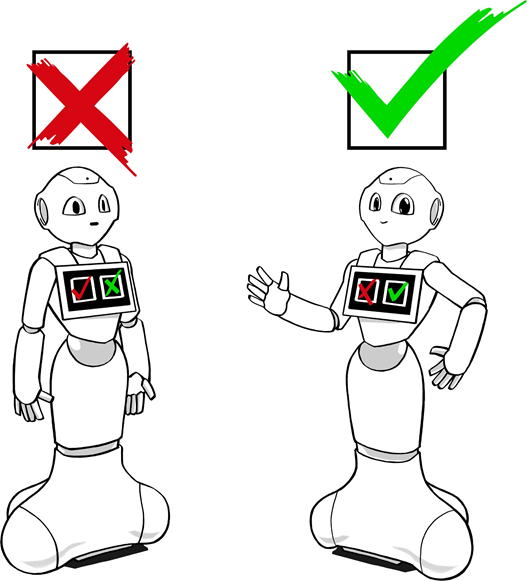 5C Pepper maintains standards in order to be predictable

5A - Pepper guides users to every expected user action.

5C - Pepper maintains standards in order to be predictable.

5E - Pepper helps users when they have difficulties. 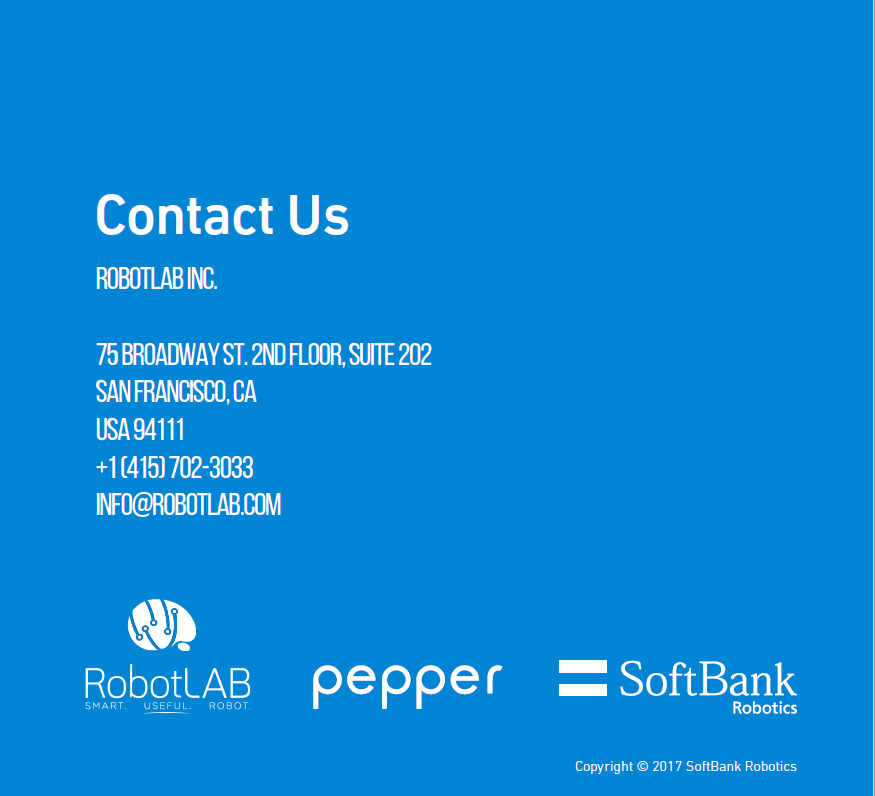