The numbers for autism are staggering: 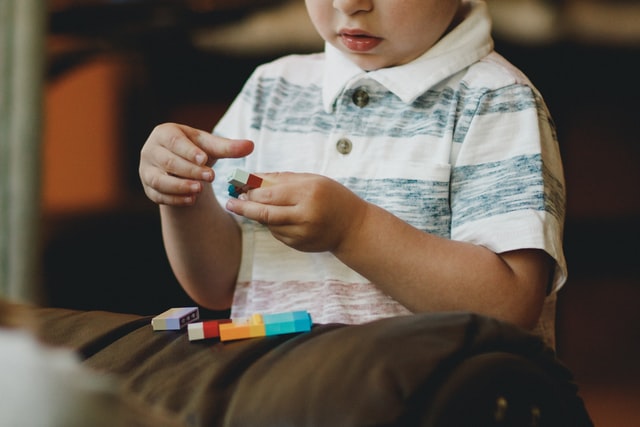 Photo by Caleb Woods on Unsplash

Bonnie Gamane speaks wistfully as she recalls the day last year when a robot named Millennia visited the school she administers. What she saw were children with autism interacting with the robot in a way they never had before interacted with humans.

Studies show that humanoid robots can act as peers and help give autistic children the social skills they need. The students “love machines and mechanical things as a whole, and because there?s also the human response, they were getting a different type of feedback,” says Gamane, who is principal of Russell Bede, a school for children with special needs in San Mateo, Calif. “It was interactive in a way that…was much more engaging and kept their attention than most other toys.”

Millennia’s brief visit was made possible by a grant its builder, International Robotics Inc. of Larchmont, N.Y., received. The funds allowed company staffers to visit schools around the country so its robots could interact with students.

International Robotics founder and President Robert Doornick says robots are especially effective at teaching socialization skills to autistic children. When kids interact with robots, he says, they “no longer worry about being criticized or judged by their behavior or inadequacies, and are free to interact with a robot because it’s just a cool toy.”

Doornick provided the voice for Millennia during the Bede School visit, which of course means that you could not exactly call Millennia autonomous. However, the children failed to take notice. The kids “don’t really realize they’re interacting with a human being,” he says. But at the same time, “robots are an anthropomorphic form, so that gives them an advantage over other means of communication, because [they have] the scale of a human with a head, body, and two arms.”

Once Millennia starts interacting with an autistic child, Doornick says the kids’ curiosity gets the best of them. A child’s “love of a big toy is overwhelming, and he allows himself to approach the robot, having been taught that the robot is under his control, and he bonds with the robot, and his facial expression relaxes and he is totally at peace.”

Doornick himself was motivated to create Millennia while working in the special education field. Since Millennia costs about $300,000 to build, he looks for corporations willing to sponsor visits to schools. He envisions his firm being able to “finance the evolution of these robots so they can play a permanent role in the field of education and therapy.”

A Doorway into a child’s mind

But it’s not just children with autism who can benefit from interactions with robots. A lot of her students suffer from attention issues, Principal Gamane adds, and although some were shy with Millennia, “he broke through. You could stand on him, hug him, get a pat on the head. It was a magical experience.”

Elsewhere, Dr. Ernesto Ferran, an adult and child psychiatrist and clinical professor of psychiatry at New York University, collaborated with International Robotics to use a robot called Seco to conduct psychiatric interviews with kids who have been abused, as well as those with severe behavioral problems and disorders.

“When doing an interview to get a history of what happened to them and what they’re thinking and feeling, kids are almost always more honest than adults,” he says. However, he adds, “it’s still sometimes dicey getting information from them because they may not understand the questions or the interviewer may not be experienced or have the right set of tools to help the child feel relaxed and trusting enough to divulge information.”

“Robots are always charming to children. The idea that a child in a hospital with issues can stand in front of an object, human or otherwise, and the child would have curiosity about that object was fascinating to me,” Ferran says. To test his theory–back in the late 1980s–Ferran and Doornick conducted a psychiatric interview behind a mirror while Seco was in the room with a child. Doornick controlled the robot with his voice, and once the child began to feel at ease, he would slip in the questions Ferran needed addressed.

“The interview lasted close to an hour,” Ferran recalls. “Other professionals who were there were amazed that there was a voluntary, easy willingness to provide information about what the child was thinking and feeling.” He is quick to note that they were not trying to dupe the child, but rather attempting to fill in gaps of information about the child’s history.

While efforts are made to have children and even adults provide information while sitting with an interviewer in front of a computer, Ferran believes the computer model is too static, and that using a robot is less threatening. With robots, “there is a real interaction,” he says. “We’re not letting technology do the work for us, and we’re not waiting for the information. we’re actually doing the interview.”

Ferran and Doornick continued using their approach with patients through the mid-1990s, as Ferran moved to different hospital settings. Today, Ferran is in private practice. He says that while he isn’t presently using robots with his patients, he and Doornick are in discussions about future possibilities of robots’ use in therapy.

Another advocate of creating bonds between autistic children and robots is Ted Jordan, program manager at Funutation Tekademy LLC, a Beachwood, Ohio-based enrichment program focused on teaching technology, science, and math through programming websites and computer games, and building robots.

While Funutation was offering instruction on how to make computer games using some small open source tools, Jordan says the teachers began noticing that kids wanted something new and different. After looking at what their competitors were doing, the program’s staffers began offering computer robotics classes in 2003. They started with an advanced, programmable robot called Parallax and eventually branched out, introducing LEGO robotics and Vex.

Jordan says from the start, a lot of autistic children were enrolling, and “we didn’t know how to handle them.” One autistic child in particular kept leaving the building and would wander into the street. “He was non-articulate, but he loved computers,” Jordan recalls. They brought in a behavioral expert to conduct staff training so they could learn how to help autistic kids in particular. Today, Jordan says 15 percent of their population is autistic children, and they also have several with ADHD.

Robots as buddies for autistic kids

“Something very special happens when you put a machine and person together,” notes Maja Matari, a professor of computer science, neuroscience, and pediatrics at the University of Southern California, who has done several studies on humanoid robots and how they can act as peers and help give autistic children the social skills they need. Matari cautions that there are no easy answers as to why this is the case, because autism is such a complex disorder. Autistic children know how to make eye contact, but tend not to because they experience what Matari calls “emotional flooding,” and it becomes too much for them. She says she has witnessed an autistic child looking at a robot, but when the robot looks away, the child actually runs in front of it to stay in the same visual field.

“I would really like to see [robots] in schools on playgrounds and in classrooms,” says Matari. “Imagine if you had these robots who are buddies of kids with autism. I bet that all the kids will be fascinated, and suddenly you have a very natural social link, and the robot can be teaching all the kids things.”

The need for such high-tech educational companions might be greater than most of us imagine. As Bede School’s Gamane says, “When you’re talking about one out of 110 kids that are somewhere on the [autism] spectrum, that?s a huge part of our population.”

RobotLAB and MOVIA Robotics Are Proud Suppliers Of Robot-Assisted Instruction For Autism Awarded Worldwide Department of Defense Contract. Helping hundreds of children progress on their IEP goals, improve their social interactions, and grow in their learning readiness and academic skills.

Check all the information here