Pepper offers a wide range of functional and technical functionalities thanks to various SDKs and plug-ins. Let’s examine common points, differences, specificities, and frequently asked questions about them.

The common purpose of both operating systems is to give life to Pepper. At the end of the day, they both allow Pepper to perform very similar actions, such as interacting with humans, providing information, using animations, playing music and video files, and attract attention. The difference lies in the way of achieving these tasks.

None of the OS are hardware-dependent. As Pepper's hardware keeps changing based on the availability of electronics and components, the operating systems are designed to support the past and future hardware changes.

The choice of the operating system does not impact the robot’s battery life.

RobotLAB's Robot Control system and the robot skills are available for both versions, even though the available skills differ depending on the chosen OS. (the Android-based can navigate, and make video calls, while the python-based can't, for example)

Aside from price differences, Pepper Premium is usually the best fit for educational and research purposes interested in coding and full access to the raw data as it allows advanced robotics programs and Python-based development, but Pepper Premium+Nav is better suited for interaction-based use cases or applied science courses.

The Python-based offers a very flexible open platform environment with more than 1,000 APIs available, low-level programming, and direct access to the sensors' and actuators' raw data. This version of NAOqi is very similar to the ones used for NAO robots. NAO users will easily adapt their code to Pepper as the integrated development environment is the same and the programming APIs are very similar.

The Android Based Pepper provides a more secure environment with only 20 different APIs for high-level development. Most of the low-level APIs are hidden and the focus is on the overall stability of the app as an android app on an android device. (the tablet controls the robot)

The Python-based OS is designed to use the robot as a development platform whereas Android-based Pepper is meant to be a part of a solution.

There's another difference from the perspective of development tools and software. the Python-based can be programmed in Python, Java, ROS, or using Choregraphe while the Android-based Pepper is being programmed exclusively using the Android Studio in Java or Kotlin.

Both robots are powered by the Robot Control software and offer the same level of attraction and human interaction, with the main difference being the Pepper Premium+Nav is able to self-navigate and avoid obstacles in a 300ft radius around its base, while the Pepper Premium is more for stationary settings.

Most of the robot skills are working exactly the same way regardless of the underlying operating system, or the ability to navigate. There are few robot skills that are available only on one version and not the other. for example, the Video Calls skill is only available on the Android-based variant: Pepper Premium+Nav.

Last but not least, it is technically possible to change the operating system from Python-based to Android-Based, and vice versa. But there's a license cost when it comes to the Android version. In order to inquire about that please contact the Support Team.

To get a more accurate idea of the specificities of both OS, you can check the documentation about Peper Python - Getting Started or Pepper QiSDK Android - Getting started. 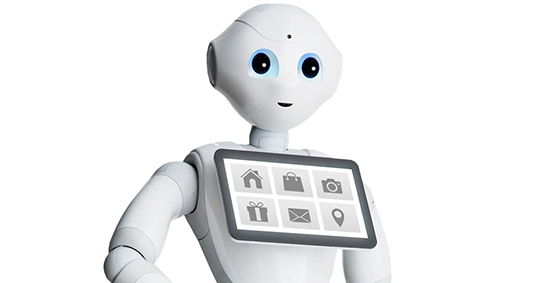 So no matter if you are teaching CS, or running a research lab, if you run a restaurant, a hotel, a bank or a medical office, Pepper's futuristic presence will advance your customers' experience to the 21st century.