What is The State of Virtual Reality in The Classroom?

Virtual reality sounds like a far-off futuristic concept. When we hear the words “virtual reality” we may think of people wearing big helmets that transport them to another location from the comfort of their home (or classroom). However, virtual reality is slowly becoming a reality in the classroom. It doesn’t look quite like what you might imagine, but it is improving all the time.

The potential benefits of virtual reality in the classroom are endless. Students from schools all over the world could have access to the same resources and experiences through virtual reality, creating an even playing field like we’ve never seen before in education. Students could use virtual reality to travel back in time and see history come to life, or to take field trips to far-off locations that would cost hundreds to travel to in real life.

A Vision For the Future of Virtual Reality in Education

Virtual Reality (VR) is slowly taking over our entertainment industry. But what are the implications for other areas of our lives, such as business, health, and even…education? While the educational realm generally takes longer than anyone else to embrace new technology, VR brings many implications for the schools of tomorrow. 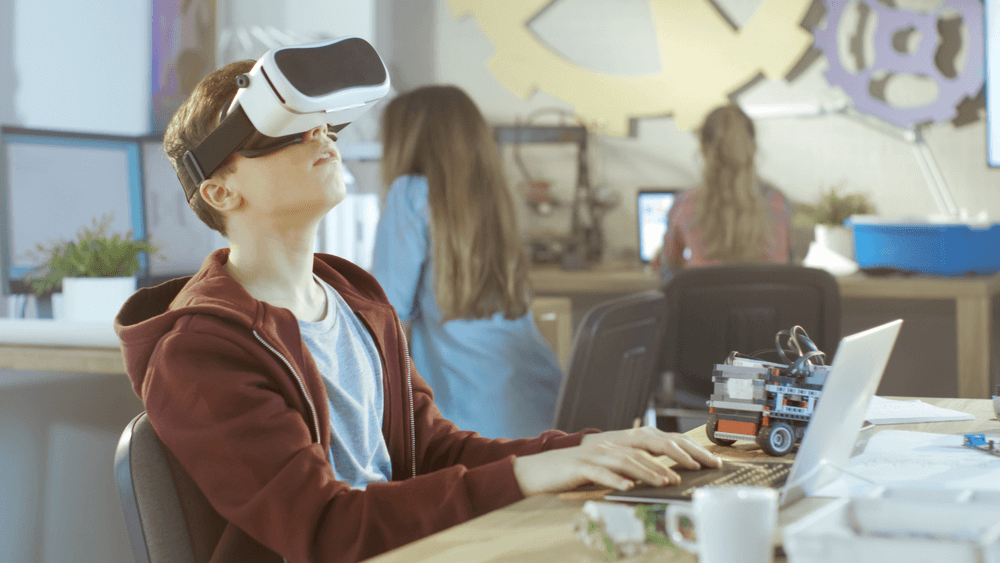 Here are some ways in which VR might change the face of education in the future.